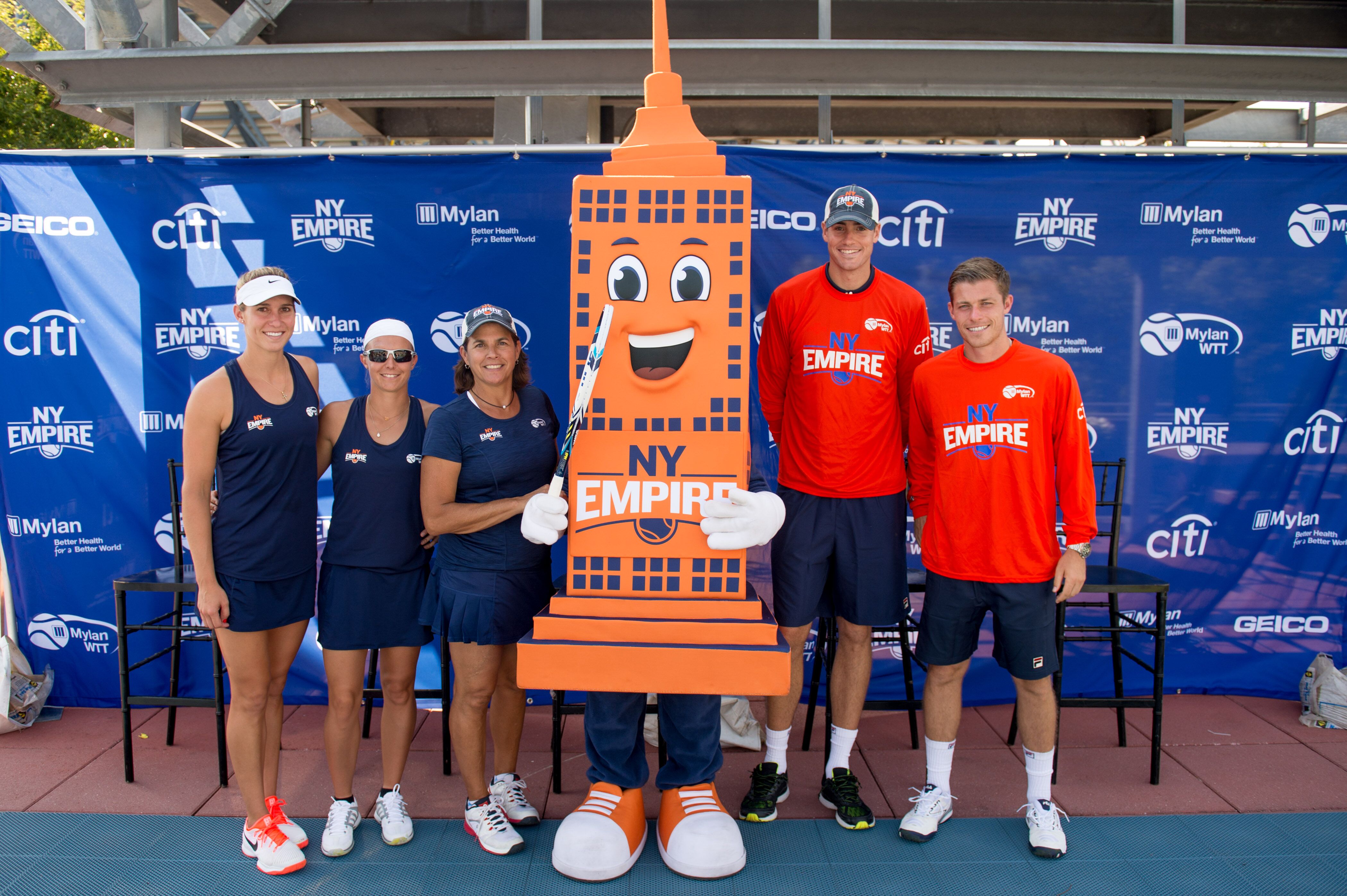 Facing a 16-15 deficit entering the final set on Court 17 at the USTA Billie Jean King National Tennis Center, the New York Empire’s John Isner stood on the baseline knowing he needed to win the men’s singles set by two or more games to claim a team victory over the Philadelphia Freedoms. Isner did not disappoint.

Isner, facing the Freedoms’ Donald Young in the men’s singles and final set, dominated five of the seven games played, winning 5-2 and earning the NY Empire a 20-18 season-opening victory in Mylan World TeamTennis.

“Tonight was lot of fun, the crowd was great,” said Isner. “I’m just glad I was able to help the team win. I do know him (Young) well and we’re good friends. We’re going to laugh about it in the locker room after this but he is a great guy and a great player. He beat me earlier this year so I had a little revenge on my mind.”

“Everyone contributed in some way and it’s fun to start out with a win,” said Fernandez.

Philadelphia jumped out to a 5-3 lead after the women’s doubles set but the Freedoms’ Sloane Stephens struggled to keep the momentum against the NY Empire’s Kirsten Flipkens in women’s singles. Flipkens won the set 5-1, creating what appeared to be a shift as the NY Empire took the overall match lead, 8-6.

Tied 11-11 after the mixed doubles and third set, the NY Empire’s men’s doubles team of Isner and Neal Skupski lost to the Freedoms’ Fabrice Martin and Young, 5-4, to enter the final set with a one-point deficit.

Isner made short work of Young, 5-2, using two aces in the final game of the men’s singles and final set to earn the 20-18 win for the New York Empire.

The New York Empire returns home to face the Freedoms again on Wednesday, July 19 after two straight matches on the road, one in Philadelphia and the other against the Washington Kastles.