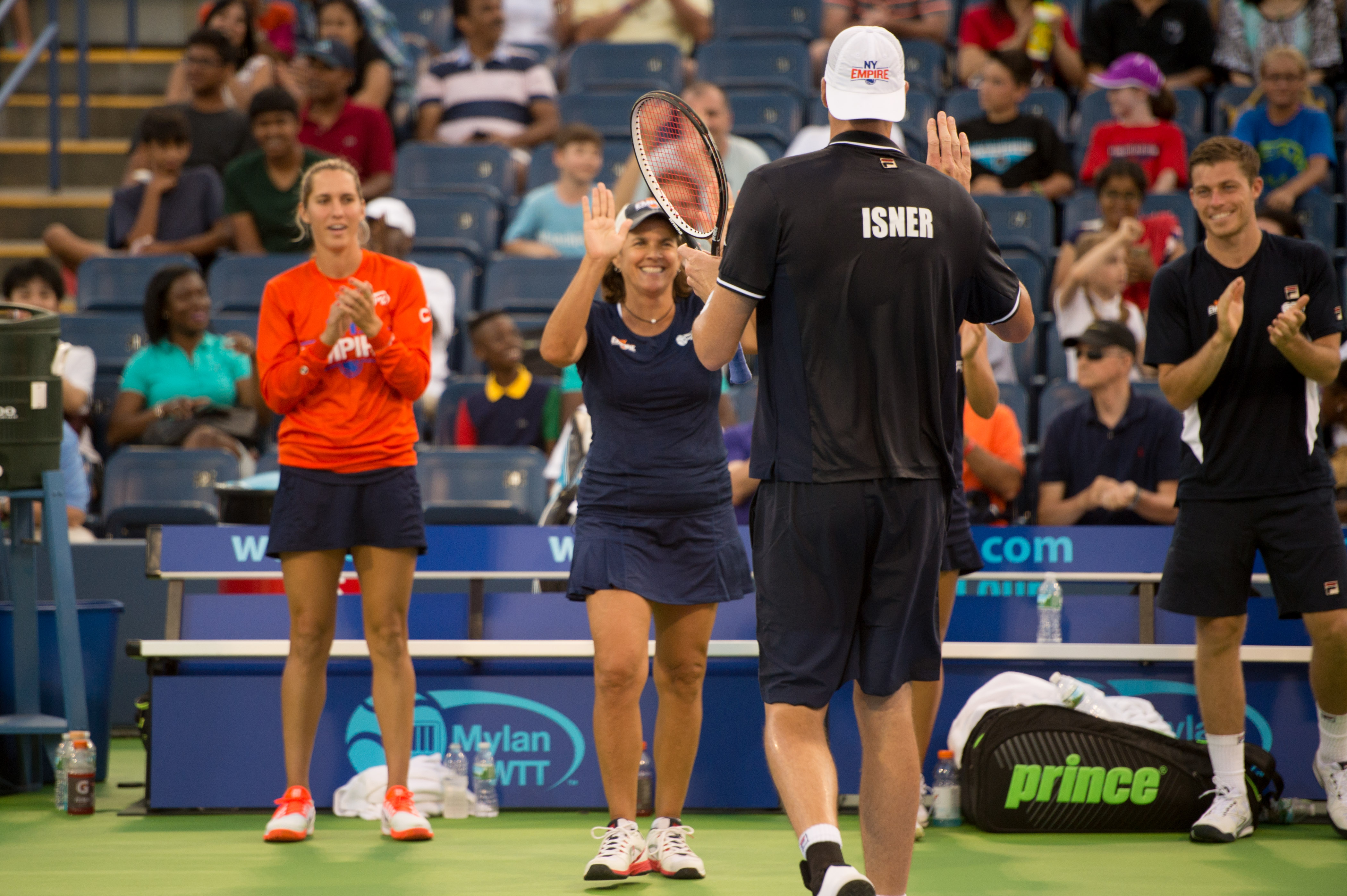 Tennis Tuesday is a content series curated by the New York Empire that will feature some of the game’s greats and New York’s finest tennis coaches, administrators, and fans. This week, we chat with tennis legend and NY Empire coach Gigi Fernandez about the launch of Doubles.TV and her Hurricane Maria relief efforts in Puerto Rico.

1. You more than tripled the NY Empire’s winning percentage in your first season as coach of the team. What were some key aspects to the success?

This was a total team effort. The whole team got along and really jelled. We had our MVP Kirsten Flipkens who played all three sets the whole season and really carried the team along. We had a very solid men’s doubles player in Neil Skupski who brought it every time he stepped on the court for doubles and mixed. The marquee players where AWESOME with the team. Everyone contributed one way or another.

2. As the only female coach in the League, do you feel any added pressure?

Not really. A coach is a coach – male or female. We all have the same goals. We might go about it differently but we have the same objectives.

3. What tips would you give to high school or college coaches when it comes to putting their best team on the court?

I would say to make sure to communicate with the team about how they feel about the alternatives and to explain their decisions so players aren’t left guessing. I always consulted the team on line-ups. In the end I went with what I thought was the best decision for the team but it was heavily weighed by the players preferences.

4. Tell us about your recent Launch of Doubles.TV.

Doubles.TV is an online learning platform where we work on a different doubles subject each week. Members have weekly access to videos, articles, practice drills, quizzes, pro player analysis and more. It is the best way to learn the art and science of doubles for only $12.99 a month. I am happy to offer WTT fans the first month free. For more information go to www.doubles.TV. To get access to the free offer click here.

5. Being one of the most legendary athletes ever from Puerto Rico, how have you been able to use your platform to help aid in recover efforts from the recent hurricanes?

This the most challenging time in the history of Puerto Rico. I have the constant feeling that no matter how much I do, it’s not enough. I have raised 20k through a you caring account and $45k in a pro-am at Armonk Tennis Club. If you would like to help, here is a link to the funding page. I am in the preliminary stages of planning pro-ams in Miami and Atlanta. I do the little bit that I can and every little bit counts. Anything I can do to help, I am all in. It’s really a desperate time for a lot of people and any help they get is welcomed.