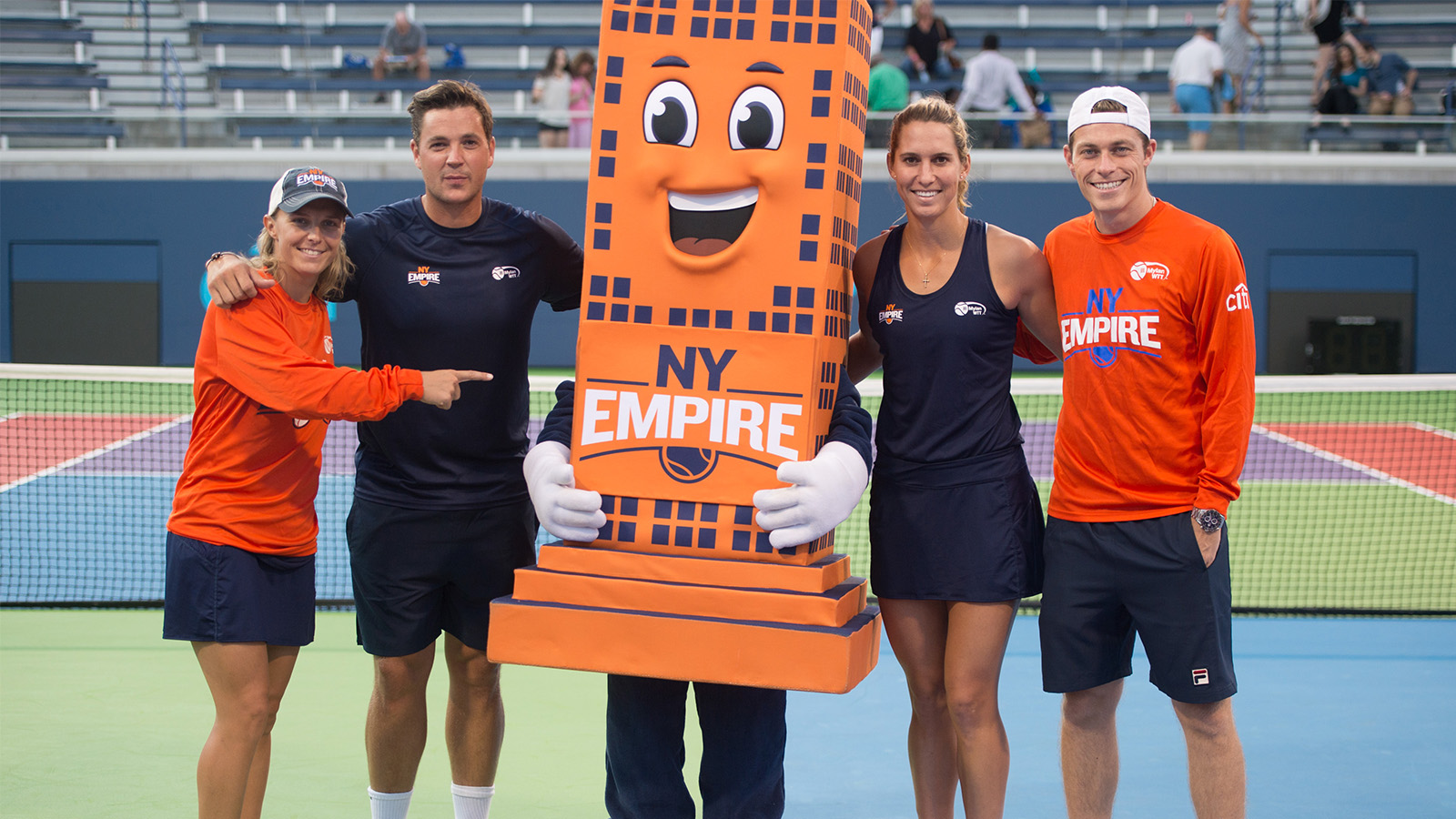 Tennis Tuesday is a content series curated by the New York Empire that will feature some of the game’s greats and New York’s finest tennis coaches, administrators, and fans. This week, we chat with the team’s mascot, Hudson.

1. How did you enjoy your first season of NY Empire tennis?

It was everything I expected and even more. The team was phenomenal, and I’m so thankful for all the fun we had on and off the court.

2. What was your favorite part of being playing at the USTA Billie Jean King National Tennis Center?

The energy of the crowd was awesome, and we had lots of fun between points and games. World TeamTennis is all about competition but having fun at the same time, and we definitely accomplished that.

3. You had a pretty epic return of Mardy Fish’s serve at half-time one match. Had you been practicing for that moment?

Absolutely. That was a really fun moment. I think Mardy was pretty shocked, but I actually carry a 3.5 NTRP rating.

I don’t hope – I know – that we’ll be in the finals next year. It’s our time to shine, and they do say the third time’s the charm.

It’s a “no days off” mentality for me. I’ll keep hitting the courts, supporting our players and partners on social media, and being the biggest NY Empire fan out there.