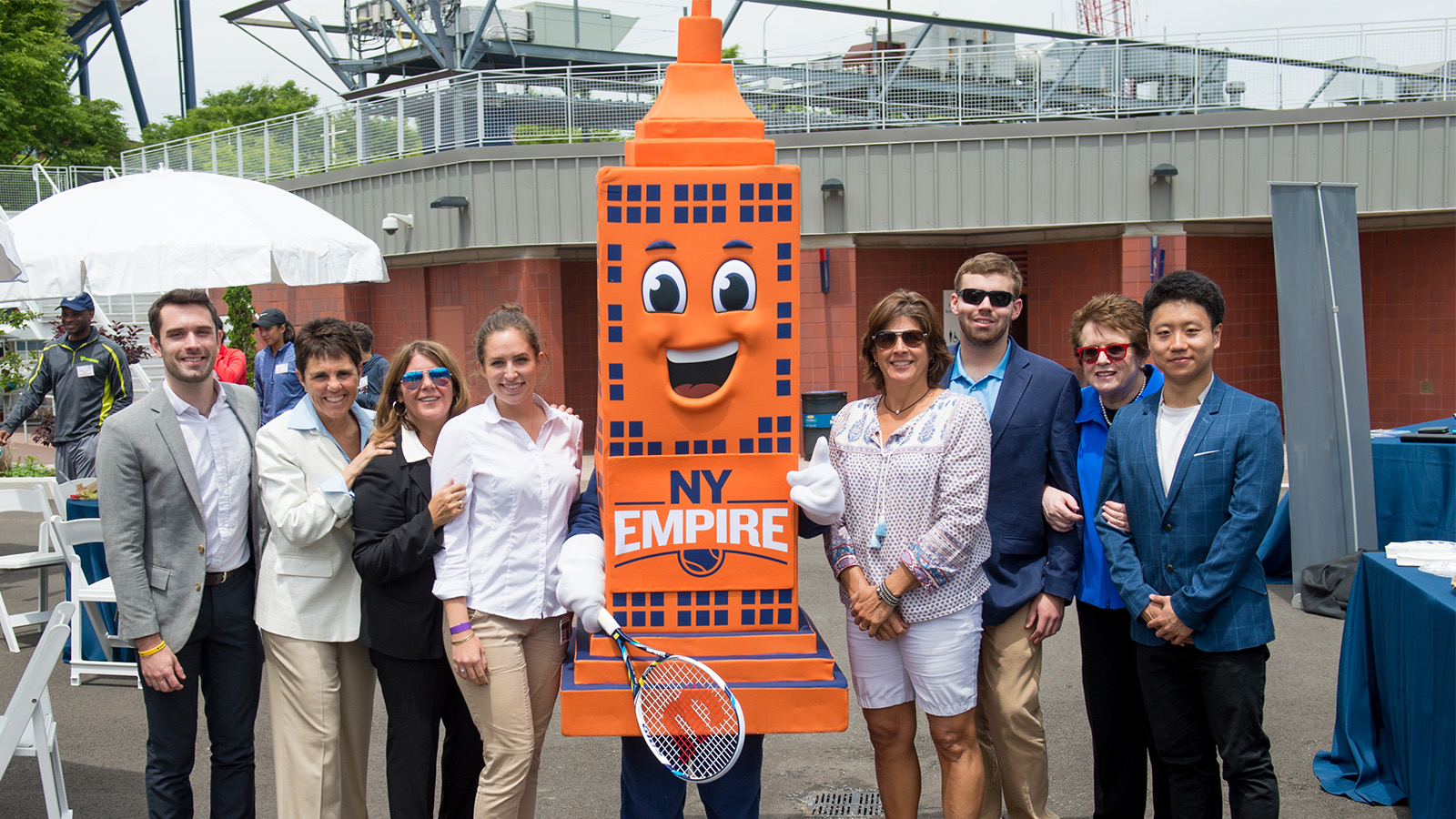 Tennis Tuesday is a content series curated by the New York Empire that will feature some of the game’s greats and New York’s finest tennis coaches, administrators, and fans. This week, we hear from the NY Empire’s General Manager, Michele Cope.

1. Tell us about how you got your start working in professional tennis.

I grew up playing tennis and played competitively at the University of Massachusetts, Amherst. Through that experience. I learned that I wanted to work in the game and continue to help it prosper. I volunteered at ProServ for a tournament, and they hired me afterwards. I started in ticketing and shortly after created a path within the Washington-based tennis division, eventually becoming a tournament manager.

2. What are your favorite aspects of working in tennis?

I love the camaraderie that exists between those of us that have been in the industry for years. We’re all connected in different ways, from players to admins to supporters, manufacturers, and everyone in between. I love the sport itself and the opportunity to try and help it grow, particularly in the U.S.

3. What was your first experience with World TeamTennis?

I always knew World TeamTennis was team tennis with a similar environment to Davis Cup and Fed Cup, and I knew Ilana Kloss. I was particularly interested in working with her and the WTT team. I like being a part of a team, and this hits that note for sure. I also love the efforts that WTT has implemented to grow the game from the ground up in local communities around the country.

4. What is your favorite aspect of being the General Manager of the NY Empire?

Tennis is an individual sport – playing it in a team environment makes it really special. The players and coach are a blast, and the draft is really fun as well. It’s different from strictly tournament tennis. From our volunteers and staff to the players and coach, the entire event truly is a team effort.

Champions…to bring home the King Trophy! We were close to making the finals last year. We want to have the same positive energy that ran through our squad. We love the players on our team and we want to see them have an incredible experience and to win some matches. Also, we look forward to continuing to enhance our fan experience. After all, the fans bring the electric atmosphere in cheering on our team!