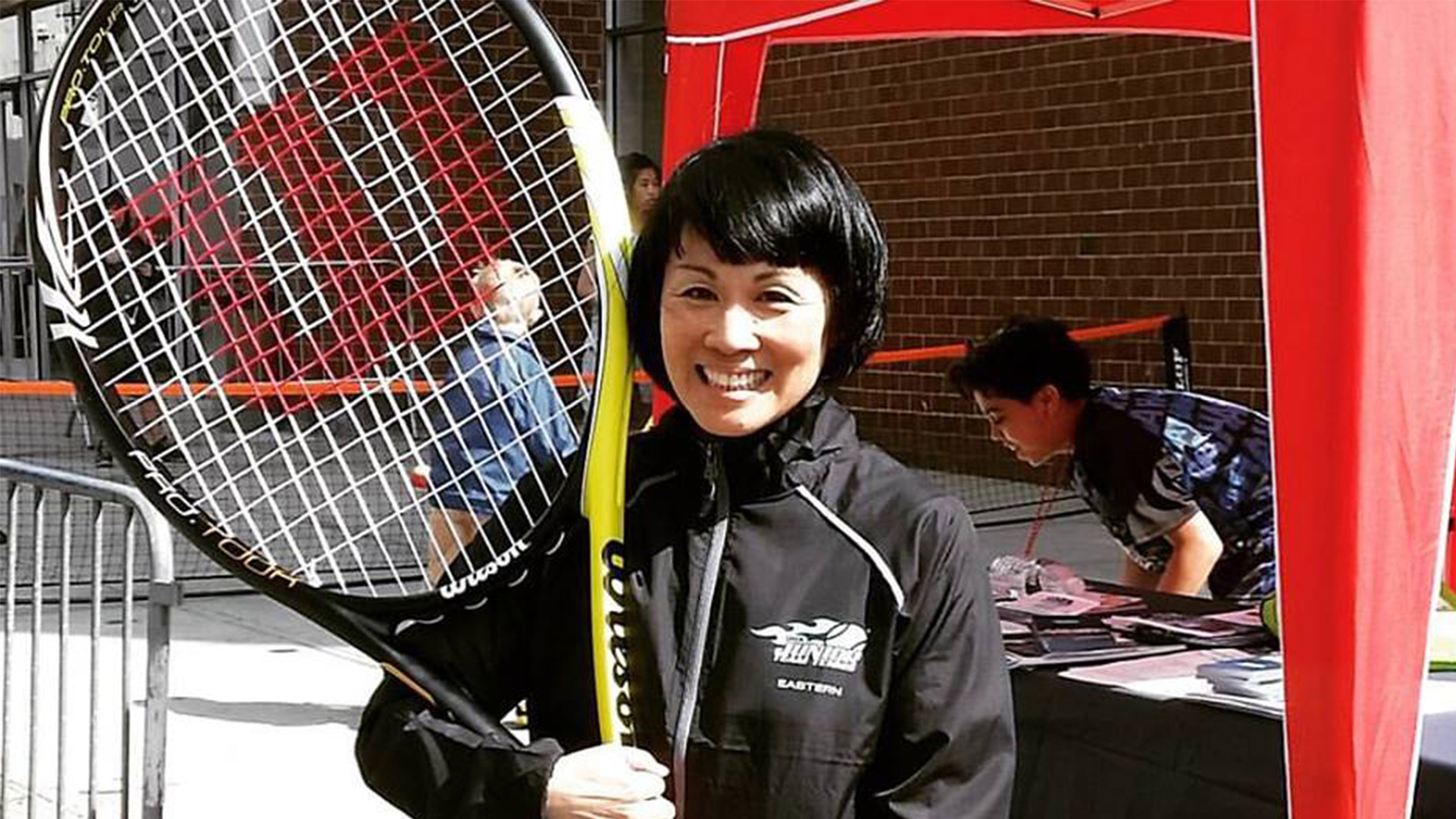 Tennis Tuesday is a content series curated by the New York Empire that will feature some of the game’s greats and New York’s finest tennis coaches, administrators, and fans. This week, we hear from Joanie Akpan – a longtime tennis player, fan and advocate for exposing children of all backgrounds to the game.

1. Tell us about how you got started playing and organizing in tennis.

Tennis has always been a big part of my life, since I was 8 years old with my Jack Kramer racquet in hand, eyeing and idolizing the footwork and technique of Billie Jean King and Chris Evert. Growing up in Seattle, Washington I was lucky to have access to my local tennis club and the opportunity to play through high school, including on my school’s team. After high school I didn’t play tennis for 20 years, before deciding to join a USTA Women’s league with a friend. Quickly I became hooked. But it wasn’t just the game I fell back in love with, it was the social networks I built. For that reason I continue to give back with my commitment to growing an inclusive tennis community.

2. Tell us about how you’ve gotten The Knickerbocker Field Club to support youth engagement in tennis, and how you’ve been able to bring youth in the program to NY Empire matches.

Ten years ago, after becoming a member at the Knickerbocker Field Club, I began volunteering at our FREE Junior program for neighborhood children that live in the Prospect Park South area of Brooklyn. The six-week program is held two afternoons a week for kids ages 6 to 18 in the summer months and continues with a scholarship program for a select few during the indoor season. We are lucky to have an amazing group of members at the Knick who volunteer their time and help support our program through their generous donations. Many Knick members, like myself see the value of tennis beyond the court, and feel honored that so many vibrant kids learn, play, and continue to come to our courts every summer. This year, we were very excited to add a field trip to our summer plans. Over 50 of our campers and their parents boarded buses and traveled to the USTA Billie Jean King National Tennis Center for the NY Empire World TeamTennis match. The kids had a blast on the court playing with USPTA coaches, followed by pizza and for many watching their first professional tennis match.

From my work at the Knick program, I realized that many of the children love the game but cannot afford to play, which inspired me to become involved with the USTA Junior Team Tennis (JTT) program – an affordable and accessible outlet for youth to have fun and improve their match play skills. This year, we will have over 400 juniors playing JTT and I am very excited to begin the season in just a few weeks. Just like the Knick program, the JTT kids also had a chance to see the World TeamTennis matches. This summer, we planned a Junior Tournament that mirrored the WTT format and afterwards we all got to watch some of our favorite players on the court.

3. What other tennis programs have you worked with?

In addition to JTT, I also started working with Cunningham Tennis to bring tennis to public schools. We felt this program was very important because most NYC elementary schools do not have tennis built into their PE curriculum and we wanted to give these kids a chance to play. With easy pop-up nets, red foam balls and smaller racquets, you can play tennis just about anywhere including the gym, playground or your neighborhood park. We hope this encourages children to learn and continue to play with the goal of making tennis an accessible sport for everyone!