Highlights from the Tour 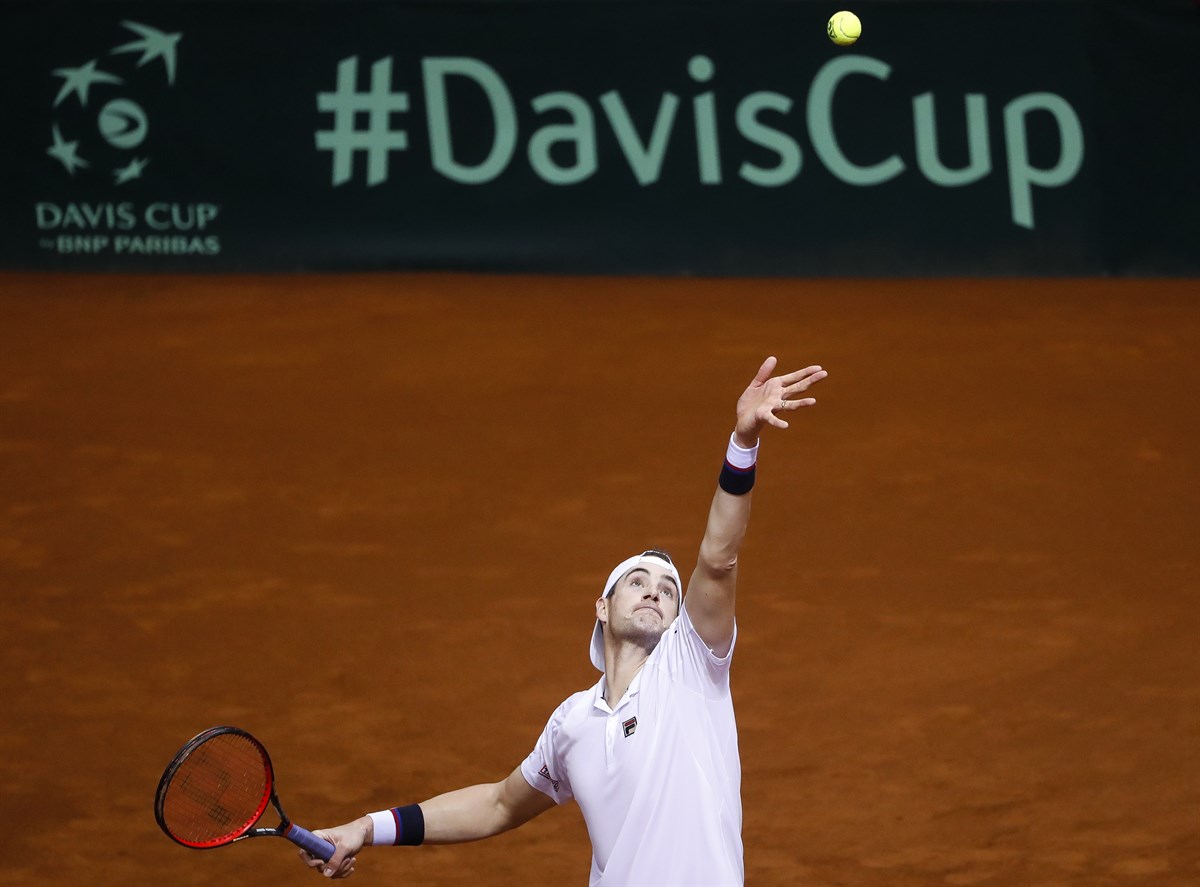 The New York Empire family was in full swing this past weekend, from Serbia, to France, to Midland, Michigan.

Empire superstar John Isner fired up his compatriots by scoring the second rubber for the U.S. Davis Cup squad over Dusan Lajovic, 6-4, 6-7(7), 6-3, 3-6, 7-6(4), on the Serbian’s home turf in Nis. The win gave the U.S. team a 2-0 lead in the first round of the 2018 Davis Cup. After his WTT Family teammates Ryan Harrison (San Diego Aviators) and Stevie Johnson (Orange County Breakers) notched the doubles rubber the next day, the U.S. advanced to the quarterfinals of the annual tennis world cup competition.

Read more at DavisCup.com: Isner and Querrey Give USA Commanding 2-0 Lead Over Serbia

Elsewhere for the Empire, Neal Skupski paired with his brother Ken (Orange County Breakers) to win their first title of the season. The Skupski brothers defeated Sander Gille and Joran Vliegen, 6-3, 3-6, 10-7, in the final of Open de Quimper. And in women’s doubles, Maria Sanchez teamed up with Jessica Pegula to reach the final of the Dow Tennis Classic in Midland, Michigan.

In between, we caught up with U.S. Davis Cup captain and proud New York Empire fan Jim Courier and asked him for his thoughts on tennis for the 2018 season.

Empire: As a former Australian Open champion in 1992 and 1993, the year’s first Grand Slam must have a special place in your many wonderful on-court memories. What was it about the event that suited your game so well?

Capt. Courier: I was generally ready to start the year in warm weather, as my off seasons were always in either Florida or California, which may have given me an edge. The hard-court surface worked well for me, as well, so it was typically a good setting for me.

Empire: Looking ahead this season, we see many of the top men of the ATP tour sidelined or playing at reduced capacity due to injury. Is this a cycle doomed to repeat itself, if the tours don’t make scheduling changes?

Capt. Courier: The average age of the top 100 has increased quite a bit in recent years, with 43 of the ATP’s top 100 in 2017 being 30 years old or more. With an ageing field comes more injuries. I would be in favor of a season that ended in mid-October which would give players and fans a chance to take a breather and gear up for the next year. But as we have seen, players will continue to play in the off-season, if there are financial opportunities, so not having official tournaments doesn’t guarantee players will rest.

Empire: As the Davis Cup captain and a former Davis Cup champion, you’ve seen the passion and pride that team competitions can bring out of players. With new additions like the Laver Cup faring well and drawing top talent, do you think more team competitions may crop up?

Capt. Courier: Laver Cup was very successful, and the ATP is trying to bring a World Team Cup competition onto the scene which would also be a nation vs nation event. Davis Cup is trying to evolve. Keep an eye on this area.

Empire: Who are some of the upcoming American men and women you see as primed to have a big 2018?

Empire: Finally, any particular takeaways from this year’s Australian Open?

Capt. Courier: The women’s event was stellar at the AO and the final was filled with emotion and drama. Caroline [Wozniacki] got her major and she worked hard for it. Roger [Federer, who else?] continues to write an improbable chapter to his story. His run since January 2017 is on par with runs he made ten years ago in his career. It’s been a privilege to watch.