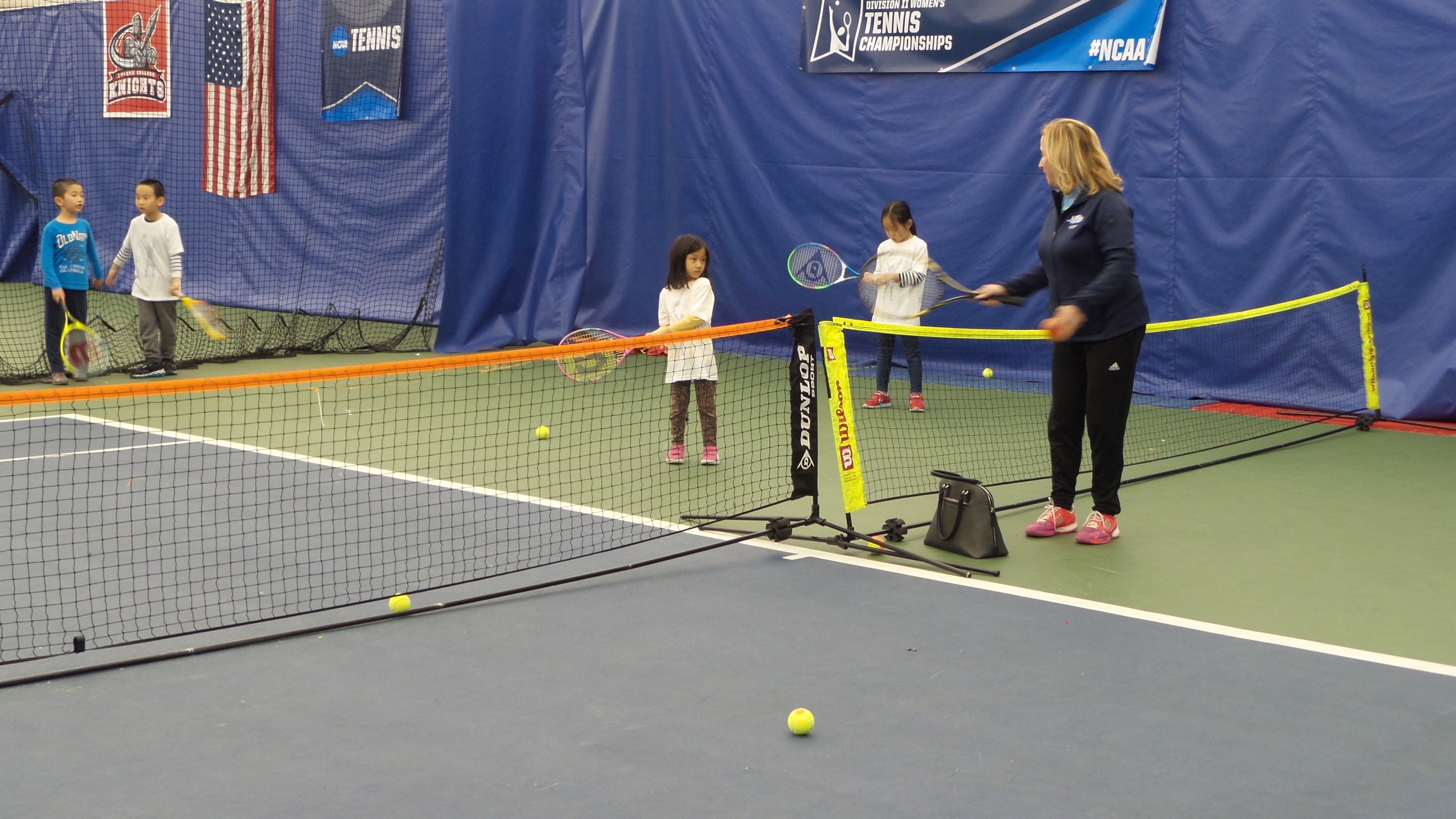 Jenny Schnitzer knows a thing or two about New York tennis. She’s been working for USTA Eastern for 25 years! We recently spoke with Jenny about a host of topics, from 10 & Under Tennis, to the USTA’s new Net Generation initiative, and, of course, World TeamTennis. Here are some of the highlights:

Empire: You just celebrated your 25th year with USTA Eastern. What’s kept you in the game of tennis for so long?

Schnitzer: The number 25 still blows my mind, but the years went by so fast because I love my job and I’ve loved it since day one. I’ve had the privilege to work in every department in the Section: Community Tennis, Player Development, USTA Adult Leagues, schools outreach. The thing that’s kept me here the longest is the ability to make a difference in local communities. I love meeting new people who love the sport as much as I do and working with them to grow tennis and show what a beautiful sport it truly is.

Empire: Have you seen the sport grow and improve over your career?

Schnitzer: The heart of the sport has remained constant, but there have been some fundamental improvements that, looking back now, I wonder, why didn’t we have this sooner or how did we do our job without it?

The advent of 10 & Under Tennis was a game changer. The low-compression balls and the shorter rackets and courts made tennis accessible and success achievable to young children. As a section, we are charged with growing overall tennis participation and increasing our base of players. 10 & Under gave us a tool to access an untapped market segment. I teach 10 & Under Tennis in my town and this allows me to hear the likes and dislikes, and what’s working and not working, straight from our customers’ mouths. I try to get out as much as possible to listen to people, hear what they’re saying, and use that feedback to figure out how we can make tennis better.

Empire: As the Executive Director of USTA Eastern you manage many parts of the organization. Which is your favorite?

Schnitzer: They are all my favorites. I really can’t decide because all of these programs fulfill an important role in our section. But the work we do in schools has been one of the most gratifying endeavors of my career. Seeing the initial trepidation of the teachers as we begin a training workshop — the teachers start out thinking, “Oh, God, tennis? We’re never going to do this. We can’t do this” — and then to see them succeeding at the end of the three or four-hour training, rallying like pros and having a blast, it’s the best. I know they are going to bring that enthusiasm to their students.

Empire: What USTA Eastern initiatives are you most excited about?

Schnitzer: Net Generation is a ground-breaking platform for the sport. It’s changing the perception of tennis and ushering in a new game – and we say “new” because we are breaking free from those preconceived notions of tennis whites and country clubs, and welcoming important and necessary changes to cultivate an inclusive environment and a sport that is accessible to all. No other sport has tried to build in a sort of social movement and mood into their programs.

USTA has made a colossal investment in Net Generation to ensure a kid-friendly and safe playing environment. All Net Generation coaches and program platform organizers must pass a Safe Play background check. We want to promote and inspire more youth play, so the USTA has set up NetGeneration.com, a central online resource that connects families to age-appropriate tennis options within their own communities. The new resources, curriculum, the free equipment grants that are available, there’s never been a better time to introduce our youth to the game.

Empire: As a supporter of World TeamTennis, which helps bring many youth organizations out to the matches every year, what do you see as the primary benefit for introducing kids in underserved communities to the game?

Schnitzer: Not to sound like a broken record, but this is at the core of what Net Generation is all about. Ask any tennis player, and they will tell you that tennis has taught them more life lessons than they can count. Net Generation features the sport as a medium for self-discovery and harnesses the intangible benefits that distinguish tennis from other mainstream youth sport activities and extracurricular options. This is what we know about the sport and we want to share that with all children, because everyone can benefit from these lessons, which, in turn, can inform success in any part of one’s life.

Later this week the Empire’s John Isner will swing into action at the ATP 250 event. As the no. 3 seed, Big John received a first-round bye.