On the Town with Hudson 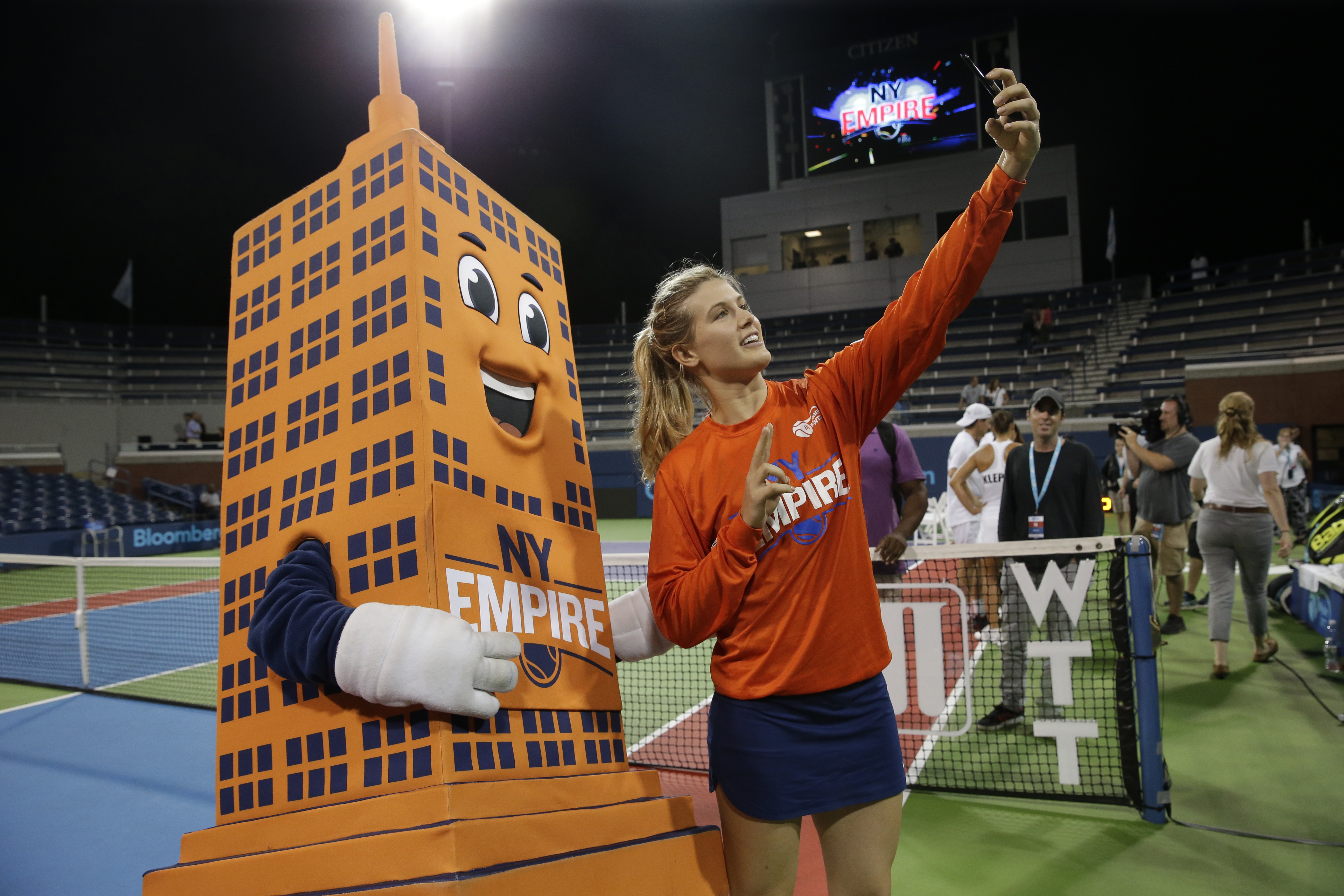 Your favorite mascot Hudson worked overtime this past week, beginning with a trip to the Nassau Veterans Memorial Coliseum for the annual New York Tennis Expo.

Organized by Long Island and New York Tennis Magazine, the Expo included a tennis apparel fashion show, kids activity zone, player and coach speaker sessions, and autograph signings and photo ops with some of the biggest stars in the game.

Hudson was on hand to meet and greet lots of tennis fans, including his pals Gecko (WTT sponsor GEICO) and Sparky the Dragon (NY Islanders). He also reunited with 2017 Empire team member Genie Bouchard.

The following evening, Hudson watched Genie in action in the opening night ceremony for the inaugural New York Open. She took on 2017 US Open champ Sloane Stephens in an incredible singles exhibition, then teamed up with James Blake against Stephens and John McEnroe in a highly entertaining set of mixed doubles.

Over the next couple days, he watched John Isner and Neal Skupski in action at the NY Open.

Hudson capped off the week in Queens, where he celebrated Chinese New Year with Flushing patrons and the Greater Flushing Chamber of Commerce.