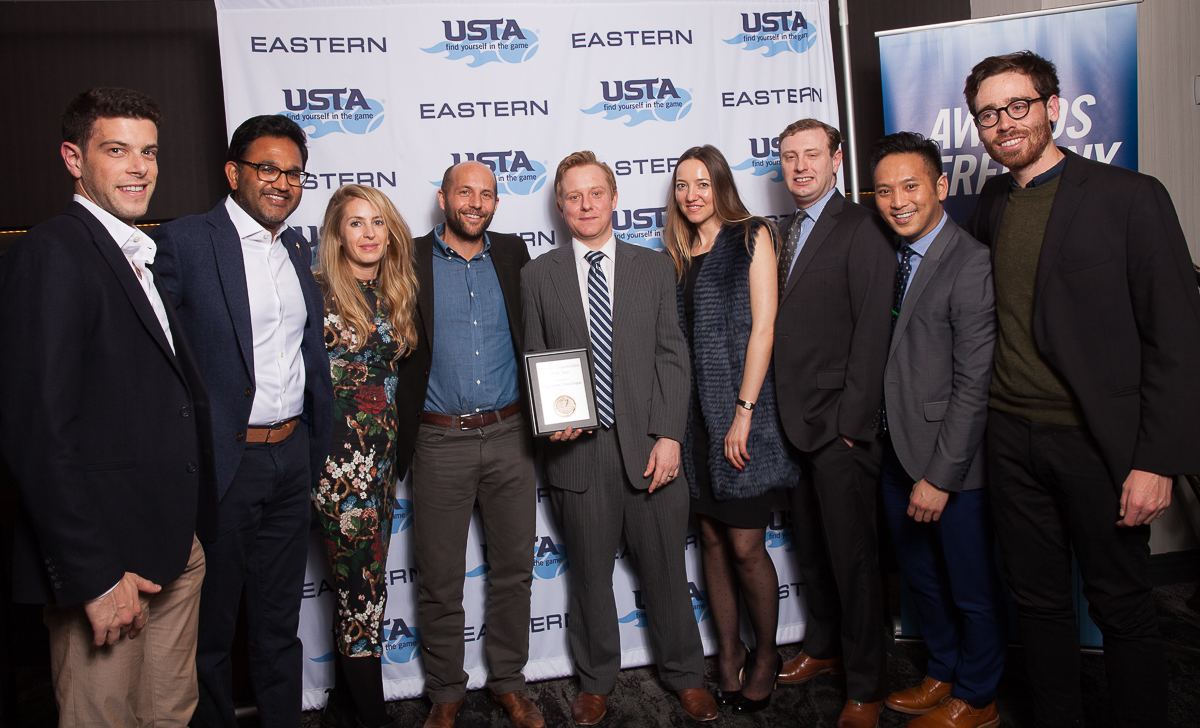 When most New Yorkers think of tennis in the city, they usually think of Queens. Flushing Meadows immediately springs to mind, home of the US Open and the New York Empire, or Forest Hills, where the championships were played for over 60 years before. Some tennis wonks might even reference the Port Washington Tennis Academy, just over the border from Queens in Long Island, where New York’s greatest tennis stars trained in the 1960s: John McEnroe, Vitas Gerulaitis, and Mary Carillo, to name a few.

Very few think of Brooklyn. But that’s changing. The city’s most populous borough is raising its tennis game.

Kings County Tennis League, based in the Bedford-Stuyvesant neighborhood of Brooklyn, was recently awarded the prestigious 2017 Member Organization of the Year Award by USTA Eastern.

“As a supporter of many tennis and learning programs, the KCTL story is one of our section’s favorites,” said Jenny Schnitzer, Executive Director and Chief Operations Officer of USTA Eastern.

The story is remarkable, if not entirely unlikely.

Founded as a seasonal tennis instruction operation at Marcy Houses in 2010, KCTL has expanded into a full, year-round program, encompassing five public housing developments and serving more than 150 children in the Bed-Stuy area.

“I always felt tennis was a great sport for building character,” said KCTL founder and president Michael McCasland, “because when you lose a match, you have to deal with that setback and then move on, and learn from it. You need to do that in life, too.”

McCasland came up with the idea for the program when he moved a block and a half away from Marcy Houses. Walking by the public housing development on a daily basis, he would stare at the dilapidated tennis court on its grounds.

“I saw this as an amazing opportunity,” said McCasland.

He put up flyers around the neighborhood offering a free junior tennis clinic on Saturdays. The first Saturday, no one showed up. The next Saturday, five kids turned out. From there, word spread and the program naturally evolved to accommodate the demand.

“KCTL is all about bringing tennis to the kids,” said Dave Webley, KCTL’s new executive director. “We don’t bus the kids to another site. We literally create our programming within the housing development, and our pros and volunteers come to the kids.”

Each club they build is named after the housing development and all students get a free t-shirt, so they can proudly don their club’s collegiate crest. In recent years, KCTL has held tournaments between the clubs and even started a Davis Cup-themed event where each club represents a country. Next up, the organization has its sights set on World TeamTennis and the New York Empire, in particular.

“We believe that teamwork is the key to success,” said Webley. “KCTL is a team effort and one of our major objectives is to adapt the individual sport of tennis into something much bigger. We would love for our students to learn the lessons of World TeamTennis and, who knows, maybe one day form our own Junior Empire team and take the state championships.”