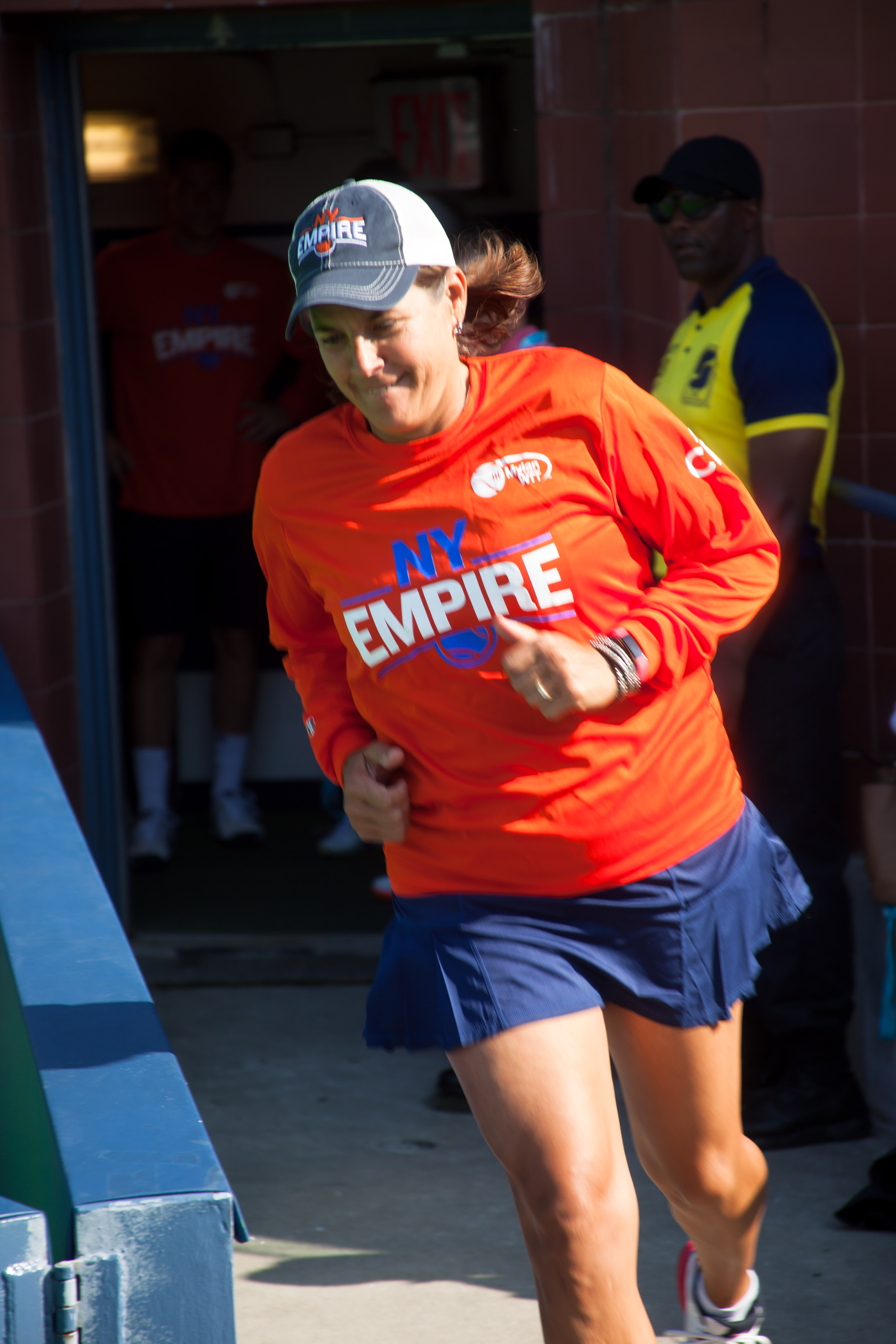 The Empire has big goals for its third season of World TeamTennis competition. And with the WTT Draft looming just a week away, the front office has cast a vote of confidence in Hall of Famer and two-time Olympic Gold Medalist Gigi Fernandez to lead the charge.

The Empire announced today they re-signed Fernandez as head coach of the team. Fernandez took the reins from Patrick McEnroe last season and improved the team’s standing from last place to a competitive third place finish, coming within range of edging the San Diego Aviators for a spot in the finals.

“We were one match away from making the finals,” said Fernandez, “and we lost a few very close matches. This year, we hope to improve on that by making the finals and having a chance to bring the King Trophy to Billie Jean’s home city.”

Fernandez is a commanding figure in the game. As the winner of 17 Grand Slam doubles titles in a career that spanned nearly 15 years on tour, she is respected by her players and the competition. Fernandez is also a veteran of WTT. She played for the Idaho Sneakers in 1998.

“I have fond memories of my time as an Idaho Sneaker,” said Fernandez. “I had a blast playing in the World TeamTennis format, with men and women playing together and having a coach on court. That experience enticed me to become a coach for the New York Empire. The main thing I remember from that experience is that the court was blue. Now, it’s pretty common, but this was innovative at the time, as green courts were the norm.”

In addition to her stellar career as a player, Fernandez also has serious coaching bonafides. Among others, she coached Rennae Stubbs, Lisa Raymond, and Samantha Stosur, and is credited for coaching Stosur to claim her first Grand Slam title at the 2005 US Open with Raymond. But until she joined the Empire, Fernandez had no experience coaching professional men. And while it’s certainly not unheard of for women to coach men in tennis (most recently Amelie Mauresmo coached former world no. 1 Andy Murray), it’s by no means commonplace. But for Fernandez, who also happens to be the only female coach in the league, gender is not a consideration from where she stands.

“Coaching men or coaching women is no different,” said Fernandez. “You are coaching players and their games, analyzing strengths and weaknesses, influencing strategy and tactics, managing momentum, supporting players. As long as the player respects the coach, there should be no difference. Gender should have no place in coaching, not just in tennis, but in all sports.”

Fernandez’s first order of business will be the upcoming WTT Draft on Tuesday, March 13. The Empire currently holds the fourth pick in the draft.

“We’ll set our roster next Tuesday and then it’s time to start thinking strategy,” said Fernandez. “Having one season under my belt will certainly help me fine-tune our plans, as I get to work again with some amazing athletes.”

Watch the Draft and Coach Gigi LIVE from Indian Wells, Calif. on March 13 at 12 p.m. EST streaming on WTT.com

New York Empire tickets will go on-sale later this month and can be purchased by visiting NYEmpireTennis.com or calling the New York Empire office at 844-5-EMPIRE (844-536-7473).