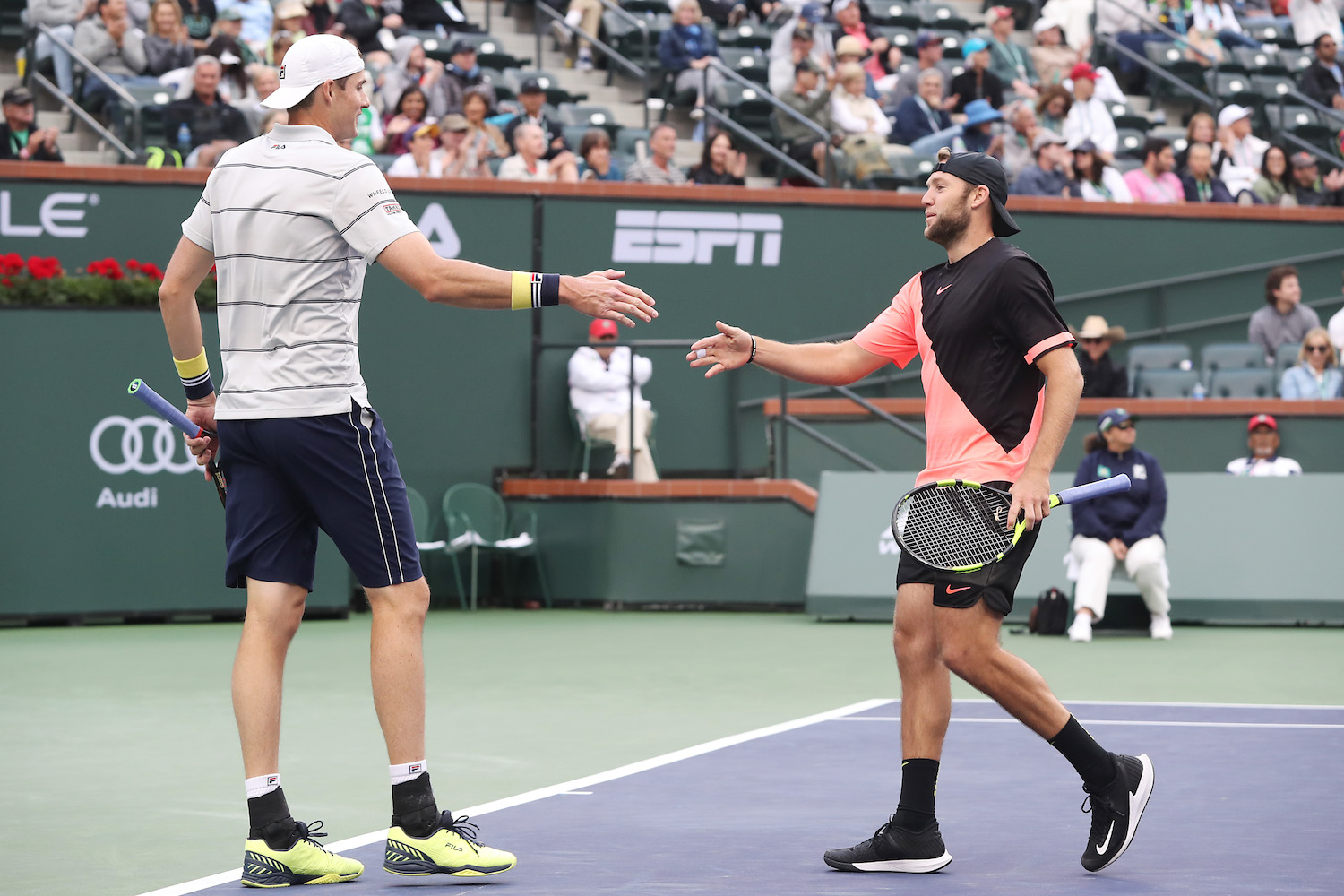 It was a sensational weekend for Empire star John Isner!

“It’s pretty special,” said Isner in his post-match press conference. “I think more importantly for both Jack and me, just getting that winning feeling back. Admittedly, both of us have not played singles that well this year.”

It was Isner’s first title – doubles or singles – since winning the BB&T Atlanta Open last summer.

“Doubles can oftentimes be a springboard to singles success,” he continued. “So I think for me personally – and I think I can speak for Jack – I think that can be the most important thing, really, out of this whole week is playing some tough doubles matches and coming through in the clutch and getting that feeling back again. I think for both of us, that was a good thing.”

The pair had a formidable road to the final. They forcibly ejected #3 seeds Oliver Marach and Mate Pavic from the running in the semis, 6-3, 6-2. And before that, they beat #8 seeds Rajeev Ram and Ivan Dodig.