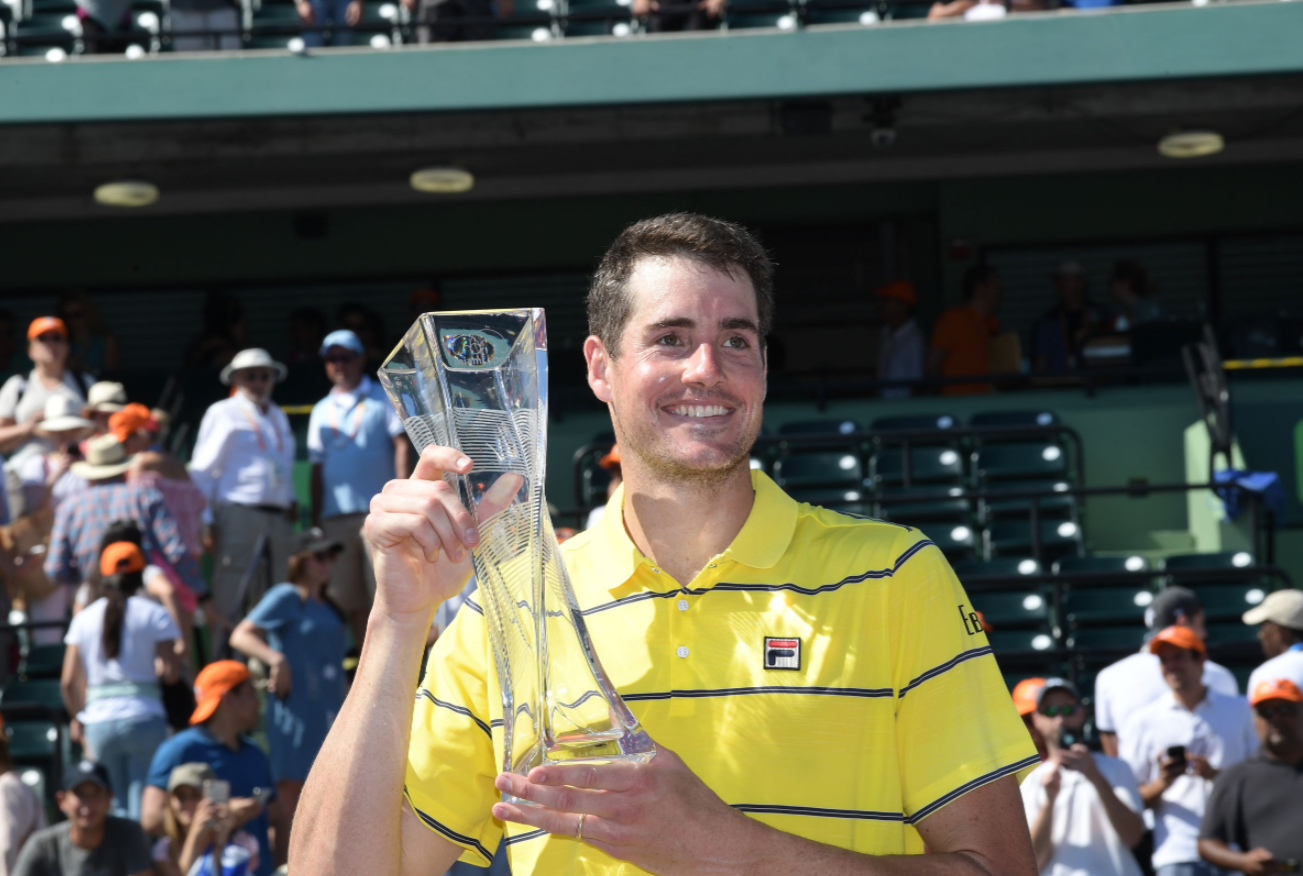 John Isner had an Easter Sunday this past weekend he’ll never forget.

After nearly two and a half hours of intense tennis under the Florida sun, the Empire rockstar hit a signature ace to defeat world no. 4 Alexander Zverev, 6-7 (4), 6-4, 6-4, and claim his first career Masters 1000 title at the Miami Open.

“You can’t replicate moments like this,” said Isner during the trophy ceremony. “This is the best moment of my career.”

It was a startling reversal of fortune for the human ace machine, a.k.a. “the Marathon Man,” after his iconic victory over Nicolas Mahut in the longest tennis match in history, which took 11 hours and 5 minutes, and three days to complete, in the first round of the 2010 Wimbledon Championships.

Going into the Miami Masters, John had failed to get past the second round of a single tournament in 2018. But the Marathon Man’s luck changed on the island of Key Biscayne over the last two weeks.

“I couldn’t have scripted this,” Isner said after the final. “I was playing very poorly. But that’s the way tennis goes. You gain a little confidence and things start to roll your way. I was ready for this moment. I’ve been here three other times and lost three times. I was just ready for it.”

It’s hard to say exactly what changed for Isner over the last two weeks, other than the fact that something most definitely did.

Near the start of the tournament, he had a very productive dinner with his coach, David Macpherson.

“We hashed out what’s been holding me back,” Isner told reporters. “And it wasn’t more reps on the court, more time in the gym. I’d been doing that all along.”

As ESPN’s Peter Bodo reported, “The problem for Isner was strictly mental. He couldn’t shake a tendency to get tight and tentative on the court; it was getting worse as time went on. He was holding back his own game, he said, and losing close matches.”

“Somehow, we cleared that hurdle over that dinner,” said Isner. “From then on, I went into my matches fresh and loose, and we had dinner after dinner to keep hammering home that point, to be loose.”

After the win in Miami, Isner jumped from no. 17 in the ATP World Tour rankings to no. 9, matching his career-high ranking and reclaiming the top American rung on the ladder.

That’s THREE doubles titles for Neal this year and it’s only spring!