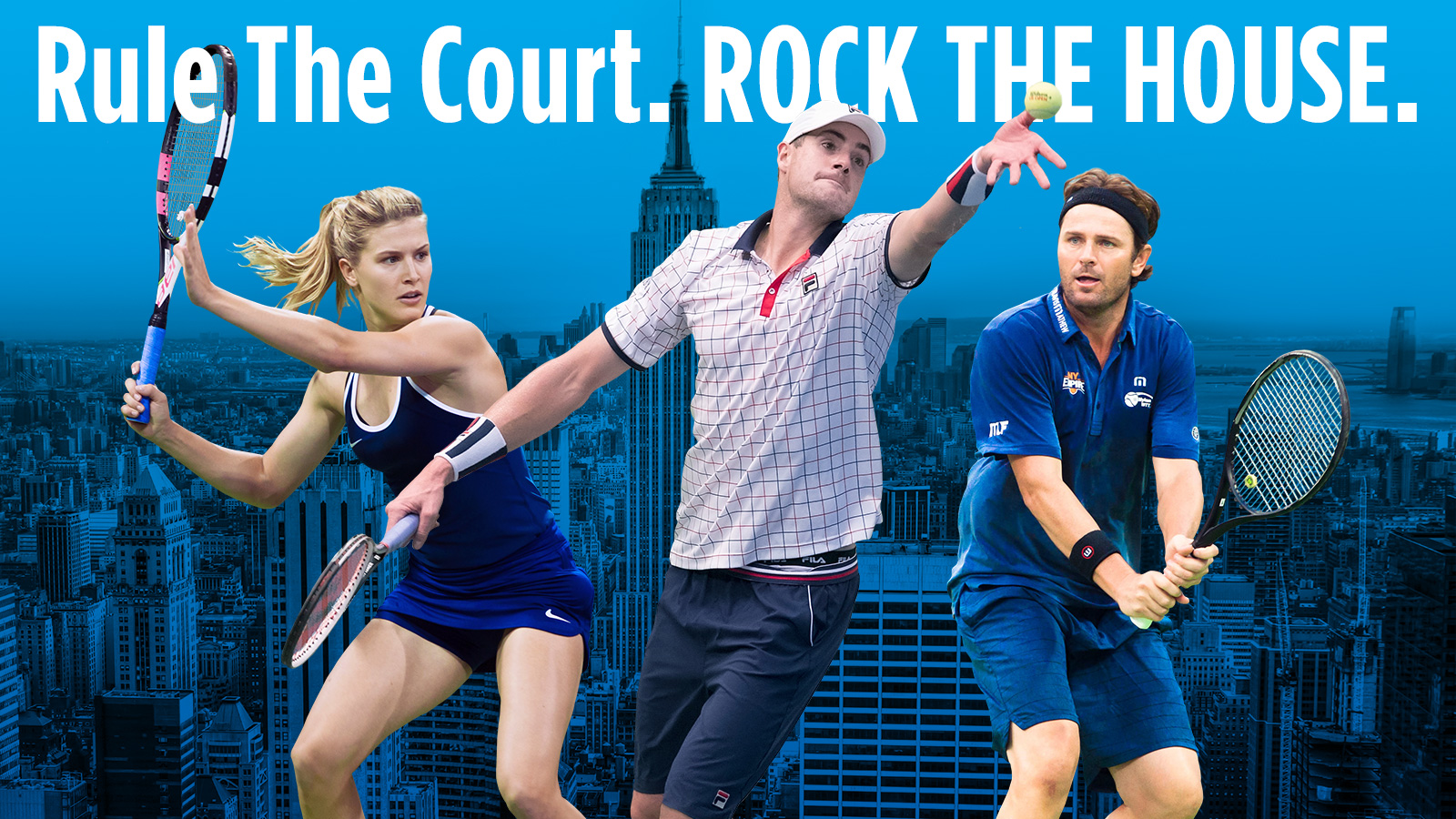 Make no mistake. The New York Empire have one object in mind when World TeamTennis returns to the Big Apple on July 15: the King Trophy, the most coveted prize in WTT, named after league co-founder and tennis legend Billie Jean King. Last year, in the Empire’s second season of competition, the team missed out on the final by a razor-thin margin, finishing the season third overall. This year, they have every intention of going the distance.

Get Your Tickets for Seven Unforgettable Nights of Tennis in the Big Apple HERE TODAY!

It all begins on Sunday, July 15 on Court 17 at the Billie Jean King National Tennis Center in Queens, when the Empire face the biggest powerhouse in WTT, the Washington Kastles. The Kastles have won six championship titles and set all kinds of records, but in the last two years have slumped. Last year, they finished in last place. In this highly-anticipated home opener, American no.1 and Miami Open champ John Isner will lead the 2018 squad, which includes Tatjana Maria, Maria Jose Martinez Sanchez, a.k.a. “The Marias,” and Empire veteran Neal Skupski.

On Wednesday, July 18, the squad takes on Billie Jean King’s Philadelphia Freedoms. The Freedoms are one of the most experienced franchises in the league. The team’s origins go back to the inaugural season of WTT in 1974. In this encounter, 2012 Kalamazoo singles and doubles champ Dennis Novikov will take the baton from Isner in men’s singles. Two years ago, in his WTT rookie season, Novikov helped the Orange County Breakers reach the WTT Finals.

The San Diego Aviators land in Gotham with sinister intentions on Friday, July 20. The Aviators won their first WTT championship title in 2016 and will be no less dangerous this season. The Empire front office is hopeful the addition of Martinez Sanchez to the women’s doubles position will pay dividends. Skupski has been a team linchpin in the men’s position, since the franchise joined the league in 2016.

“We needed a female Neal to make the finals last year and we didn’t have that,” said Coach Gigi Fernandez, who is returning for her second season at the helm of the New York team.

On Monday, July 23, Coach Fernandez will call up former American No. 1 Mardy Fish to suit up for a second season against the Kastles in the fourth and final showdown between the two teams for the season, unless, of course, they should meet in the WTT Finals.

The Springfield Lasers come to town on Wednesday, July 25. Fish will be on hand again for this encounter against one of the most competitive franchises in the league. The team advanced to the WTT Finals in 1999, 2001, 2009, 2013 and 2014, but has yet to win the championship. They will, almost certainly, be fixing to upend the Empire’s ambitions in the homestretch of the season.

But the biggest test of the season might arrive on Thursday, July 26, when the Orange County Breakers, the reigning WTT champs, attempt to defeat the Empire on their home court. Fish will try his best to rout the visitors. It will be his last home match of the season for the Empire.

The last home match of the season for the Empire will be an encore showdown against the Freedoms on Thursday, August 2. In this season finale you can be sure there will be fireworks!

Don’t miss out! Get your tickets NOW!