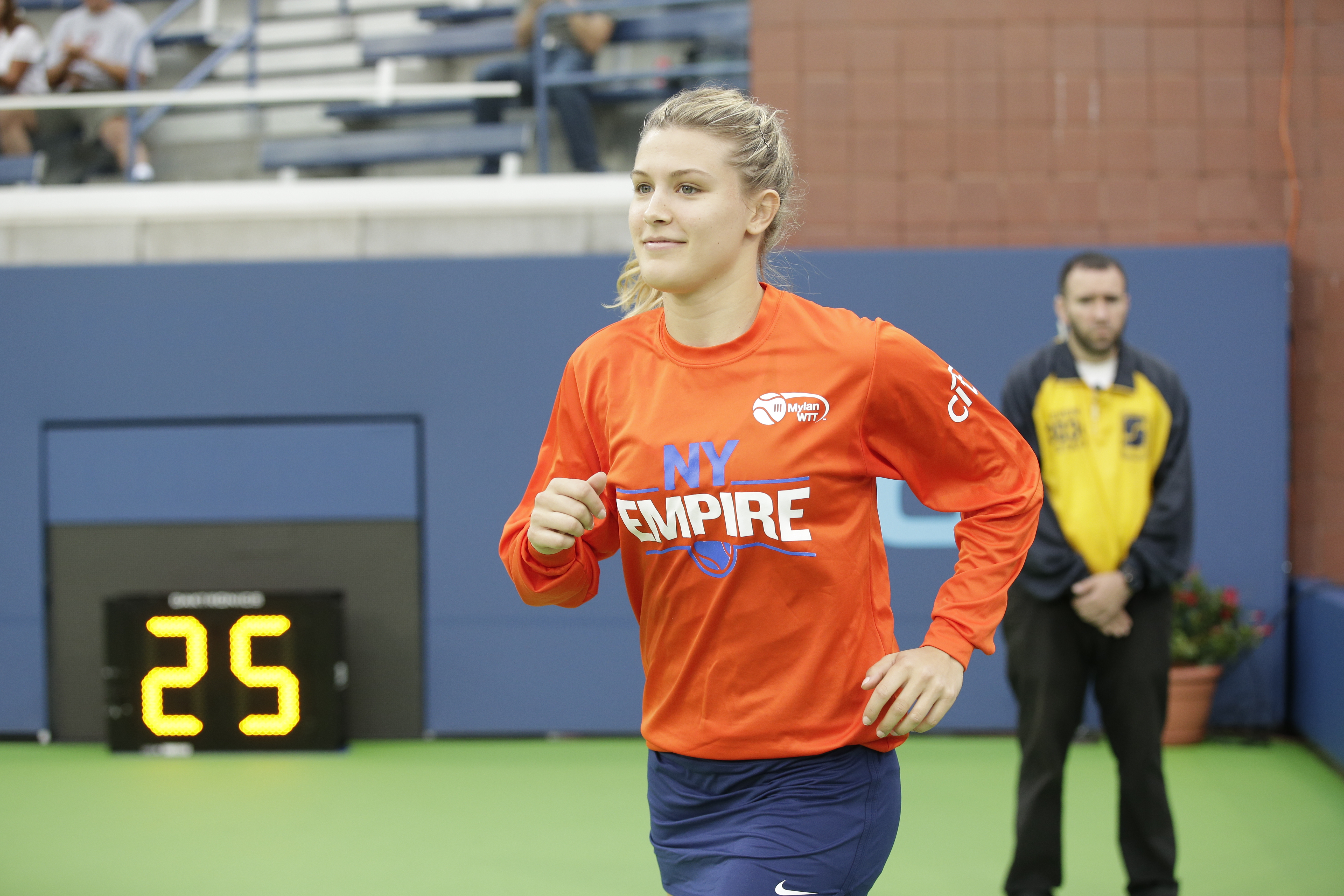 Get Your Tickets TODAY!

Tennis superstar Genie Bouchard will be wearing an orange jersey again this summer!

The Empire is thrilled to announce former world no. 5 Eugenie Bouchard will be returning to New York this July for her second season with the team. It will be the fourth season of World TeamTennis competition for the 24-year-old, 2014 Wimbledon finalist, who made her WTT debut in 2009 with the Kansas City Explorers and played for the Texas Wild in 2013, before signing with the Empire last year.

The addition of Bouchard to the roster will undeniably help New York’s chances of making a run to the WTT Finals this August. After a rash of injuries and setbacks on court, the Montreal native has recently returned to form. She led Team Canada to victory over Ukraine in the Fed Cup World Group II Playoffs this past weekend.

Bouchard scored two points for the Canadian squad, who ultimately eked out the win 3-2.

The first was a relative breeze. She defeated Kateryna Bondarenko in straight-sets, 6-2, 7-5. But the second against Lesia Tsurenko turned out to be a test on many levels. In this grueling, two-hour-and-39-minute marathon that left both players barely able to remain standing in the third set, it was Genie who prevailed: 4-6, 6-2, 7-6(5).

“I felt good with my tennis, good with my movement, and I’m really proud of the way I fought,” Bouchard said afterwards. “I felt I won the mental battle.”

Bouchard will headline for New York on Thursday, July 26, when the Empire face the reigning WTT champs Orange County Breakers.

Don’t miss the chance to see Genie raise the Empire to new heights! Get your tickets TODAY!

With tickets starting as low as $10 for children ages 16-and-under and $25 for adults, you won’t want to miss a single match!

Ticketmaster is the official box office of the New York Empire

Group tickets and various other hospitality packages are also available by calling the New York Empire office at 844-5-EMPIRE (844-536-7473) or by visiting the team website at nyempiretennis.com.