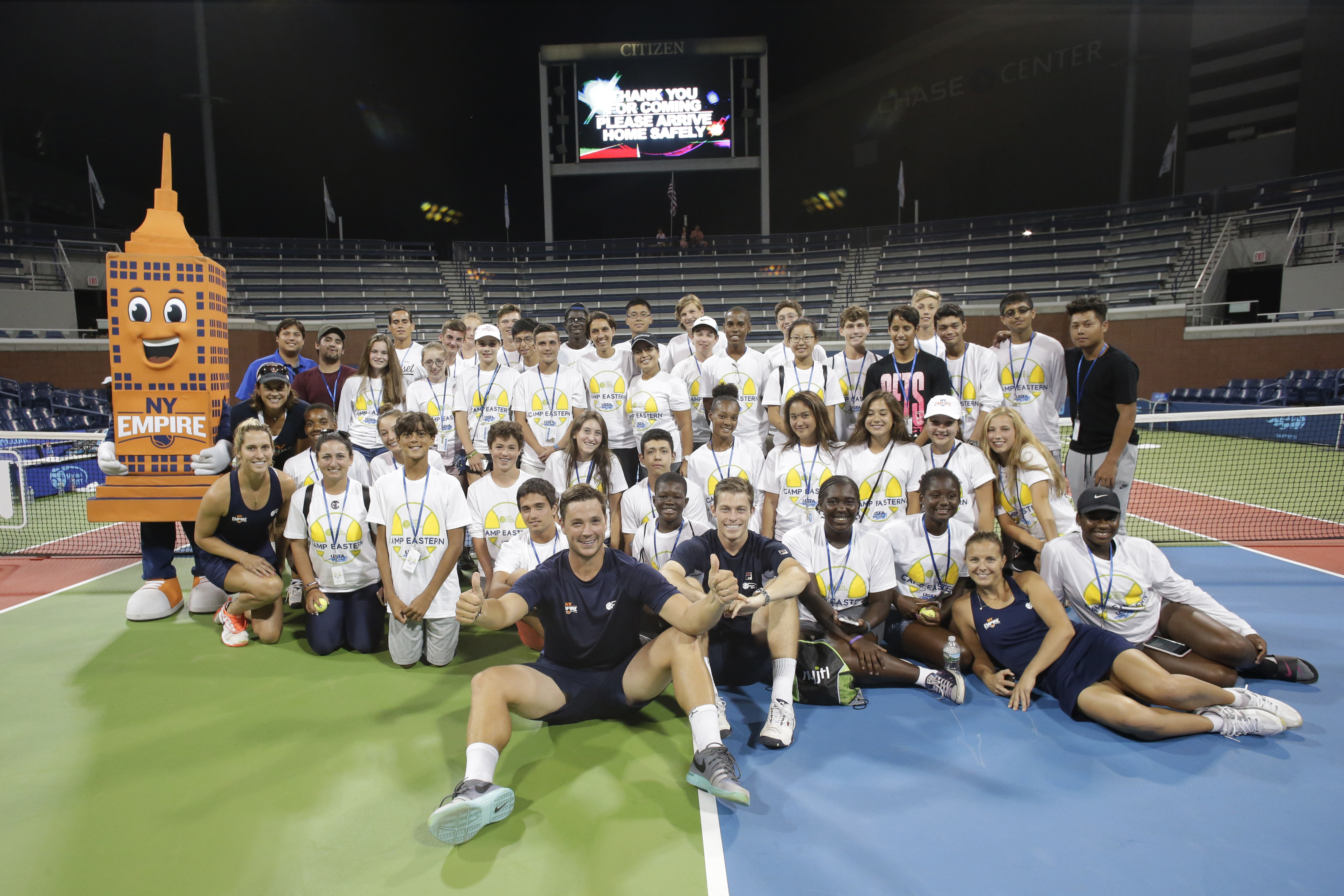 Junior TeamTennis (JTT) is going pro this summer in the Big Apple! The New York Empire presented by Citi announced today it will sponsor an exciting new JTT event, the Empire Cup, in partnership with WTT Community Tennis.

On Saturday, June 2, the most competitive tennis programs from all five boroughs of New York City will convene at the USTA Billie Jean King National Tennis Center, putting their best 12-and-under teams forward in hopes of claiming bragging rights throughout the city.

“Our players and staff at the New York Empire are thrilled to announce the inaugural Empire Cup,” said New York Empire General Manager Michele Cope. “Taking a more active role in growing the game of tennis in our community is very important to us and we hope this is just the beginning. It will be great to see the stars of tomorrow in action.”

The decision to highlight 12-and-under tennis in the New York Empire’s inaugural JTT championship is deliberate.

“Twelve-and-under is actually a perfect age to test the next generation of players coming through the pipeline,” said tournament director Nate Chura. “They have graduated from the progressive 10-and-under development program and have had time to mature and transition to playing at the next level.”

“The World TeamTennis format gives boys and girls the opportunity to compete equally on the court, while learning to play both supportive and leadership roles for their team,” said Delaine Mast, National Director of WTT Community Tennis. “Coaching, cheering and substitutions all amplify the pressure and excitement of being part of a team, and with extended play the match is never over until the last point is won.”

The junior competitors in the inaugural Empire Cup will play on the courts just outside Court 17 at the National Tennis Center in the same format as the pros in WTT. Each team will consist of a minimum of four players and a maximum of six, with at least two boys and two girls holding roster spots.

At the end of round-robin competition, the two teams with the most games won will advance to the championship final.

As part of their registration, all participants will receive one ticket to see the New York Empire in action on Wednesday, July 25, when they host the Springfield (MO) Lasers. During halftime, the champion and finalist teams will receive their trophies in a special ceremony on center court.

Click here to register for the inaugural Empire Cup TODAY!