Highlights from the US Open: Tatjana Maria & Steve Johnson Win Opening Round Matches in New York 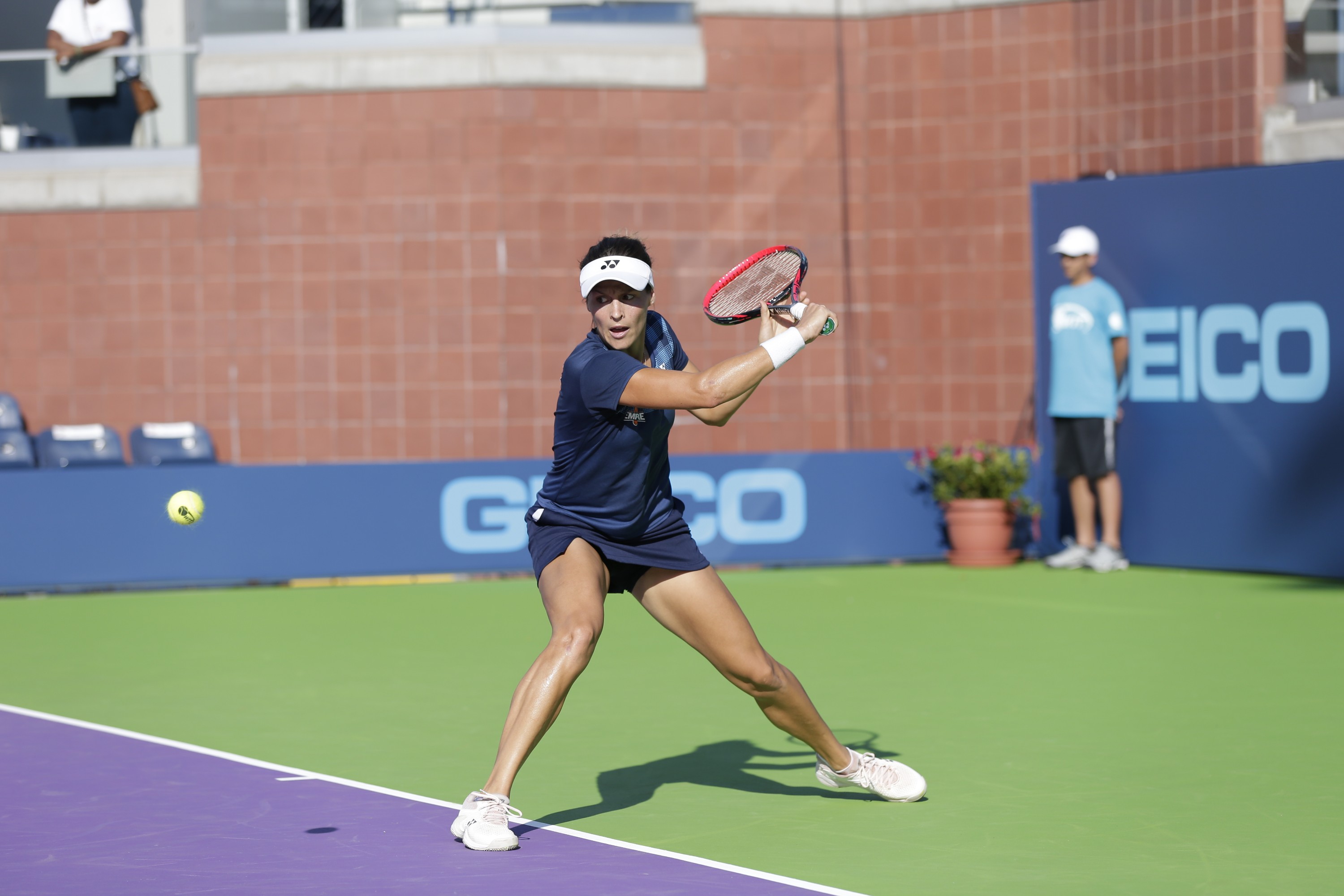 The Empire are off to a good start on their home soil at the 2018 US Open Tennis Championships in Flushing Meadows, Queens.

In sublime form, Empire star Tatjana Maria stunned Court 13 by upsetting former world no. 2 Agnieszka Radwanska, 6-3, 6-3, in the first round of the women’s singles championship this Monday. The win scored Maria her third career second round appearance at the Open. She previously reached the second round in 2012 and 2017.

After dropping the first two games to start the match, Maria won five straight games and never looked back. The Empire singles star found a perfect balance to her game and profited particularly from her backhand slice. She aggressively attacked Radwanska’s second serve and effectively pressured the former Wimbledon finalist at net.

Next up, Maria faces world no. 6 Elina Svitolina for a spot in the third round. Maria and Svitolina have played twice before and are split in the career head-to-head. Svitolina defeated Maria in the first round of Wimbledon earlier this summer. Maria, meanwhile, won their first meeting in 2016 in Beijing.

On the men’s side, Empire superstar Steve Johnson won his first round match easily. The former USC All-American defeated former world no. 33 Denis Istomin of Uzbekistan, 6-3, 7-6(6), 6-3, in a dominant opening performance.

Johnson arrived in New York having reached the final of the Winston-Salem Open in North Carolina. He is currently ranked no. 31 in the world and reached a career-high ranking of no. 21 in the world in 2016. Johnson’s best performance at the US Open was a third round finish in 2012, a result he hopes to match in the next round.

Next up, Johnson faces the winner of no. 9 seed Dominic Thiem and Mirza Basic’s opening round match.

The rest of the Empire squad will swing into action this Wednesday, when early round doubles competition gets underway.

Empire doubles star Neal Skupski will pair up with his brother Ken in men’s doubles. The brothers won their first ATP title together this winter at the Open Sud de France and reached the final of Eastbourne and the round of 16 at Wimbledon. They take on Spanish duo Guillermo Garcia-Lopez and Pablo Carreno Busta in the first round in New York. Should the Skupskis win their opening round match, they will likely face defending men’s doubles champions and no. 6 seeds Jean-Julien Rojer and Horia Tecau.

Also in men’s doubles, Steve Johnson and Denis Kudla will team up against fellow Americans Reilly Opelka and Kevin King in their opening round match.

In women’s doubles, Maria Jose Martinez Sanchez will lead off for the Empire alongside Andreja Klepac (Breakers). Seeded no. 5, the pair are positioned in the upper-bottom section of the draw, polar opposite no. 2 seeds Tímea Babos and Kristina Mladenovic.

Sanchez and Klepac play Anastasia Pavlyuchenkova and Anastasija Sevastova in the first round. Should they prevail, the pair could face current world no. 7 singles star Elina Svitolina and her Ukrainian compatriot Olga Savchuk in the next round. Other dangerous teams nearby include no. 10 seeds Chan Hao-ching and Yang Zhaoxuan and no. 4 seeds Gabriela Dabrowski and Xu Yifan, who they could meet in the semis.

Also in women’s doubles, Tatjana Maria will partner with Britain’s Heather Watson. They play Raluca Olaru and Han Xinyun in the first round. If Maria and Watson advance, they will likely encounter #3 seeds Andrea Sestini Hlavackova and Barbora Strycova in the next round.