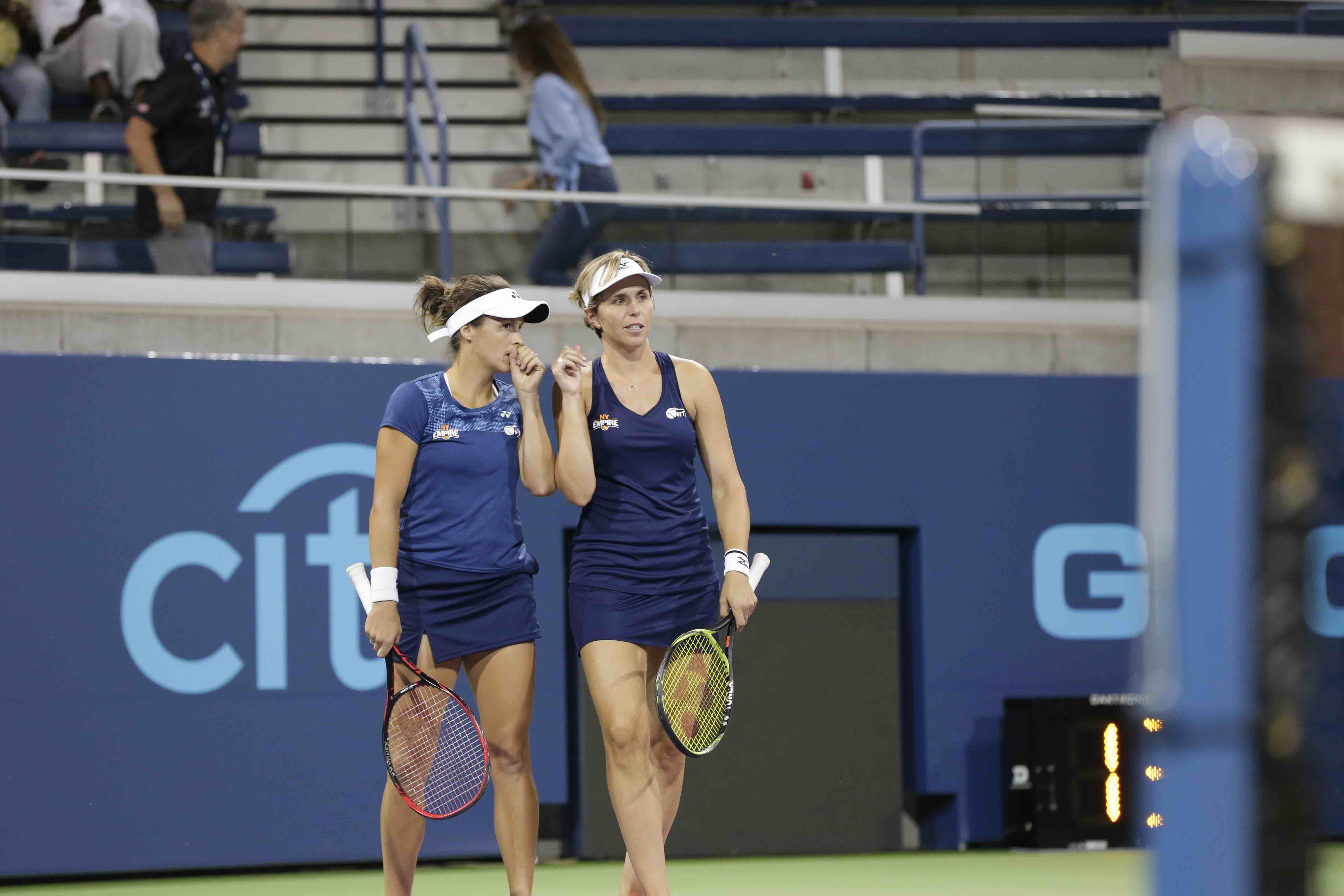 1. What was your favorite part about playing for a team in one of the greatest sport cities in the world?

Maria: I grew up playing handball and my parents played professionally, so I love playing with a team. I was especially excited to play in New York because it’s one of my favorite cities in the world.

Martínez Sánchez: It was fun to play in such a grand and iconic venue in New York. I also enjoyed the format of World TeamTennis.

2. Was it helpful having another teammate who was new to the league, as well as a New York Empire veteran?

Maria: Yes, for sure! It helped having another team member new to the league, but it especially helped to have experienced WTT teammates who knew the rules.

Martínez Sánchez: Tatjana and I both were new to the league and had to adjust to the format at the beginning, but we got used to it and had help from veteran Empire player Neal Skupski.

3. Having played Fed Cup, how is the WTT experience similar and different?

Maria: WTT and Fed Cup are pretty similar: You compete altogether which makes it very fun. The only difference is that WTT is more fast paced and you have to be ready at all times.

4. Being both a mother and a professional athlete, what are some of the challenges you face and how do you overcome them?

Maria: I always wanted to have a big family, so being a mom is the most wonderful gift in the world. My husband is a huge help when it comes to my career and raising a family. They are both with me on and off the court. Charlotte already loves to play too, which makes touring much easier. What’s most important to us is our little Charlotte.

Martínez Sánchez: Being a mother on the WTA Tour is not easy, but if you stay organized on and off the court it is much easier to manage your tennis game and mommy game. One of the challenges is to finish lunch in less than 1 hour!

Maria: The biggest highlights for me this year was returning to Fed Cup and winning my singles and doubles to advance to the semifinals. And of course, winning my first WTA Tournament in Mallorca!

Martínez Sánchez: The best highlights from this year was winning Mallorca, playing in Paris and qualify for the Championships in Singapore.

Maria: My goal for 2019 is to advance further in the grand slams.

Martínez Sánchez: I am still enjoying my holidays, I will plan soon.