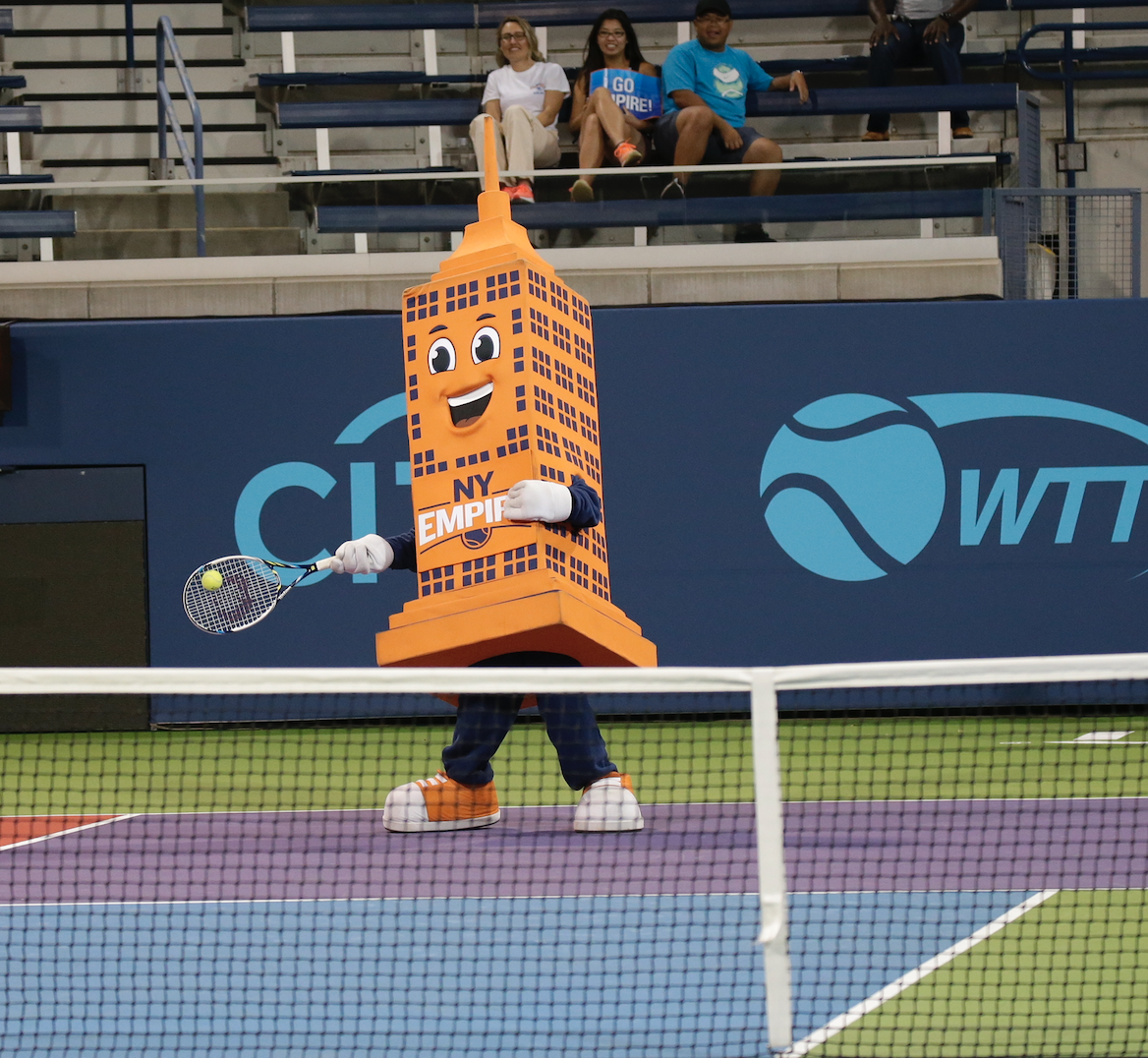 As we countdown to the holidays and the new year, this month’s Tennis Tuesday will also countdown the top 5 highlights of the Empire’s 2018 season. Top 5 on the list is Hudson’s Annual Return of Serve.

Hudson, the Empire’s mascot, is an avid tennis fan and an intense competitor on the court. In 2017, he took center stage to return serves against the Empire’s finest, such as Mardy Fish, Neal Skupski and Marcus Willis. With no surprise, Hudson was able smash his returns with power and finesse. This year, Hudson was up for the challenge once again to show off his tennis skills amongst other Empire fans and McGruff the Crime Dog. All brought their A Game, and Hudson hit an ace!