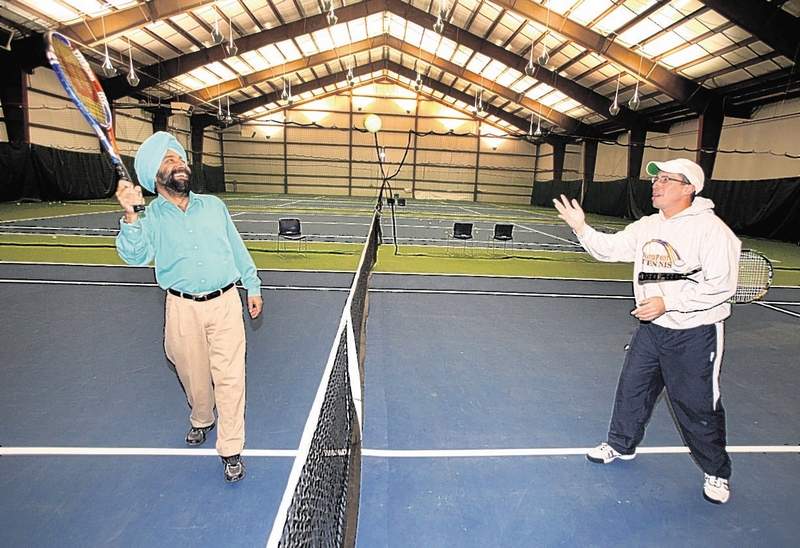 I started playing tennis at the age of 12 when my dad first brought me out onto the courts.  I worked very hard throughout my teenage years and made varsity as a freshman in High School at Monroe-Woodbury.  My senior year in high school a few JV players asked if I would teach them lessons, and MatchPoint Tennis began.  I went off to Ithaca College and every summer I would come home and my business would grow.  I soon had a summer camp and four pros working for me.

I graduated Ithaca and was planning a career in Airport Management, but the thrill of coaching and the passion I had for it was to much to turn away.  I continued teaching on public courts until 2010, when we opened the MatchPoint Tennis Complex in Goshen, New York.  When the complex opened I was approached by USTA Eastern to offer some of their great products(Leagues, Tournaments, Schools, and JTT).  I was on board as this was a win win.  I was then asked by the section to coach Zonals in 2012, which I still do and really enjoy. I have won Zonals in 2015,2018.  I was the Jr World Team Tennis Coach in San Diego from 2012-2016, and I currently coach in Arizona at the 12s National Team Tournament winning the Gold Ball last year.  In 2015 I was put on the Regional Board of Directors, and was made Regional President in 2016 of the Southern Region of the Eastern Section.  Being involved in all aspects of tennis has given me creative ideas to grow the game within the southern region including:  creation of the first junior board, highlighting sportsmanship, and creating newsletters highlighting the great things going on within our region.

MatchPoint offers programming for juniors from the beginner to the national level competitor.  From group practices to private lessons from our highly skilled professionals.  We offer the programming to get your child to the next level and beyond.

Our junior programs at MatchPoint are all team based.  The harder one person practices and works, raises the level of everyone else.  Seeing the New York Empire complete in a team format when Tennis is normally geared to an individual was great for our team to see.

We currently are in several of the local school districts teaching tennis, this is vital to growing the game and starting at the grassroots level.