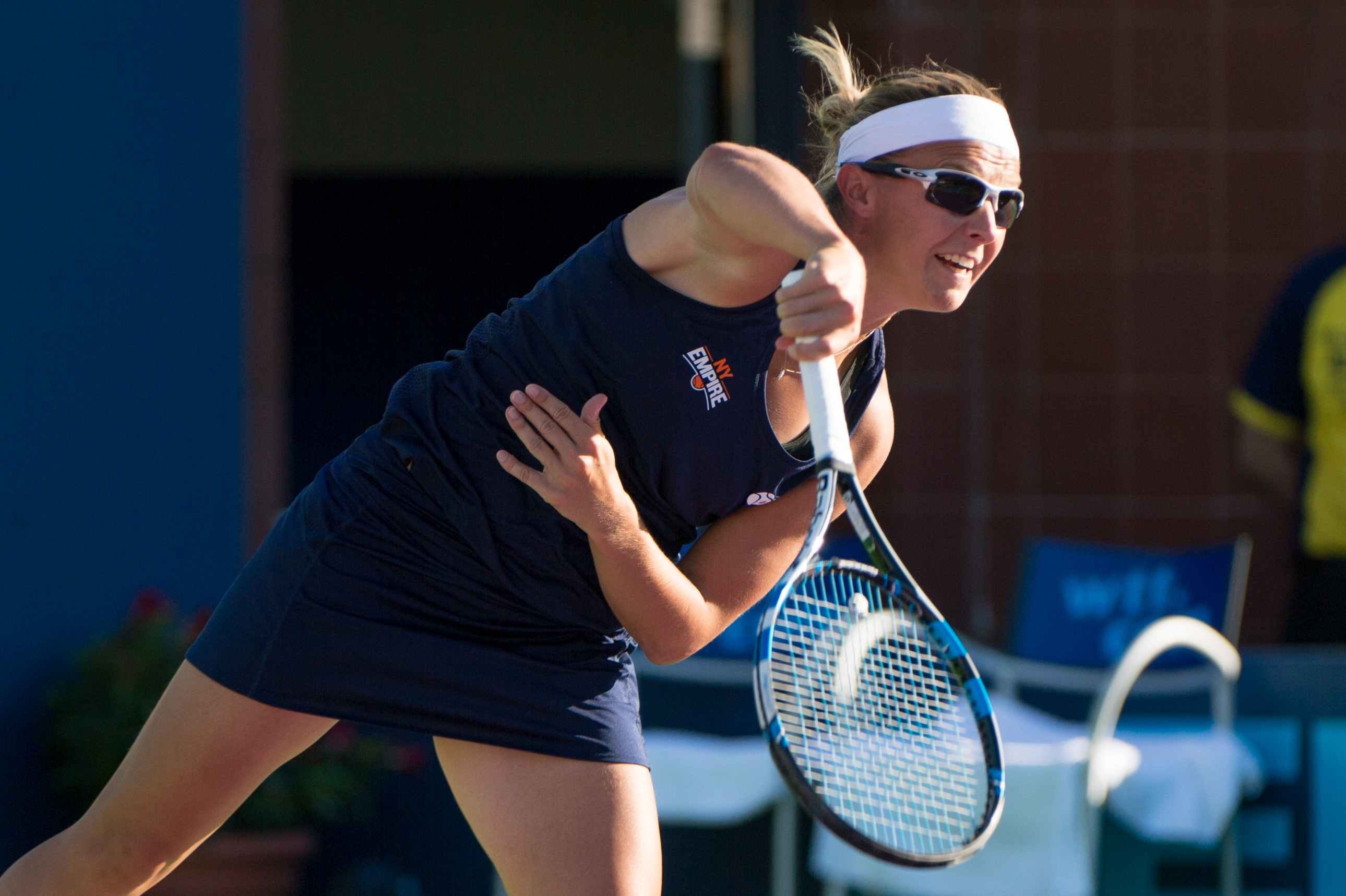 Kirsten Flipkens is ready to make a splash in her second season of World TeamTennis.

The Empire selected Flipkens with the first overall pick in March’s annual player draft, and she’ll be one of four familiar faces returning to the New York courts this summer.

“I’m very excited to come back to play WTT this year,” said the Belgian.

“Of course to be a part of the Empire team is just great, as two years ago I was already part of them. I’m looking forward to do the best I can for my team.”

Flipkens has thrived in a team environment, as she excelled as a member of the Empire in her rookie summer in 2017, and has also been a stalwart of her country’s Fed Cup team since she first played in 2003.

“I was very honored to be the first pick of the WTT draft this year,” she said. “I’m most looking forward to the matches, and the team bond. I love to play for a team.”

In 2017, Flipkens led the Empire to its best-ever league finish to-date, as the team more than tripled its wins from its inaugural 2016 year.

She was the team’s leading women’s singles and doubles player in terms of games won, and helped the Empire finish in the top-three of the league standings.

This summer, Flipkens is hoping to rekindle some of the same magic, as much of that special group is reunited: Flipkens rejoins the Empire with Neal Skupski and John Isner, who were her teammates that season.

“I can’t wait to share the court again with them,” she said. “Neal and John are great guys, on and off the court.”

While Empire fans know Flipkens as a hot-shot artist on the court, they might not know that her patented creativity extends to pursuits off the court as well.

“I am designing my own designs on shirts and sweaters,” she said. “And as well as for tennis clubs who need a new modern design of their ‘old’ club logos.”

While she’ll spend her days this summer showing off her forehand, backhand, volleys and lobs – and, yes, even ‘tweeners – on the courts of the Cary Leeds Center, Flipkens has also made herself an expert on New York in her time with the Empire.

What’s her perfect day off the court?

“​I would show them around in Central Park, go all the way up at the Rockefeller for an amazing view and end the day with a nice dinner at Nobu, my favorite restaurant!”