Third time’s the charm as Skupskis win in Budapest 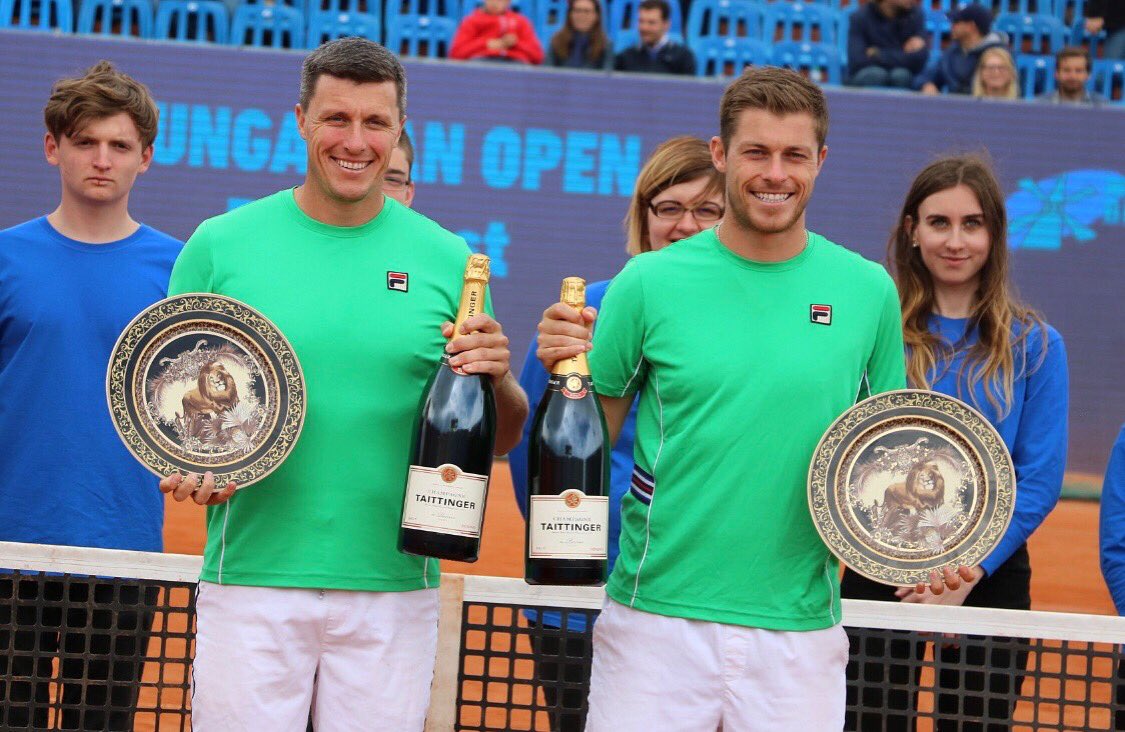 The third time was the charm for the New York Empire’s Neal Skupski over the weekend.

Neal and his brother Ken won their first ATP doubles title of 2019, in their third appearance in a final this season, at the Hungarian Open in Budapest.

After needed three sets to win both their quarterfinal and semifinal matches in the Hungarian capital, the brothers did not lose serve in Sunday’s final against Marcus Daniell and Wesley Koolhof to win their second title together overall, 6-3, 6-4.

“I think we played lights-out, really. I think it was probably our best match of the week, in very tough conditions. It was very windy so we thought [of aiming for] bigger targets, a lot of first serves,” Neal told the ATP after the match.

Neal had previously won an ATP Challenger Tour title alongside fellow Brit Jamie Murray in Phoenix in March, but had finished runner-up with Ken in Delray Beach in February and in Houston earlier this month.

The victory also raises Neal to World No.32 in the ATP doubles rankings, just one spot off of his career high of No.31, and pushing him closer to his stated goal of a Top 30 ranking.

“It’s an unbelievable feeling. We’ve been in a few finals over the past 12 months and we haven’t been able to get over the line,” Neal said.

“It’s been a great week and hopefully we [can] keep on going.”

The Skupski brothers will face off this summer in World TeamTennis, when Ken and the Orlando Storm take on Neal and the New York Empire at the Cary Leeds Center on July 21. Get tickets to that match, and all seven of our home matches for the season, by clicking here.