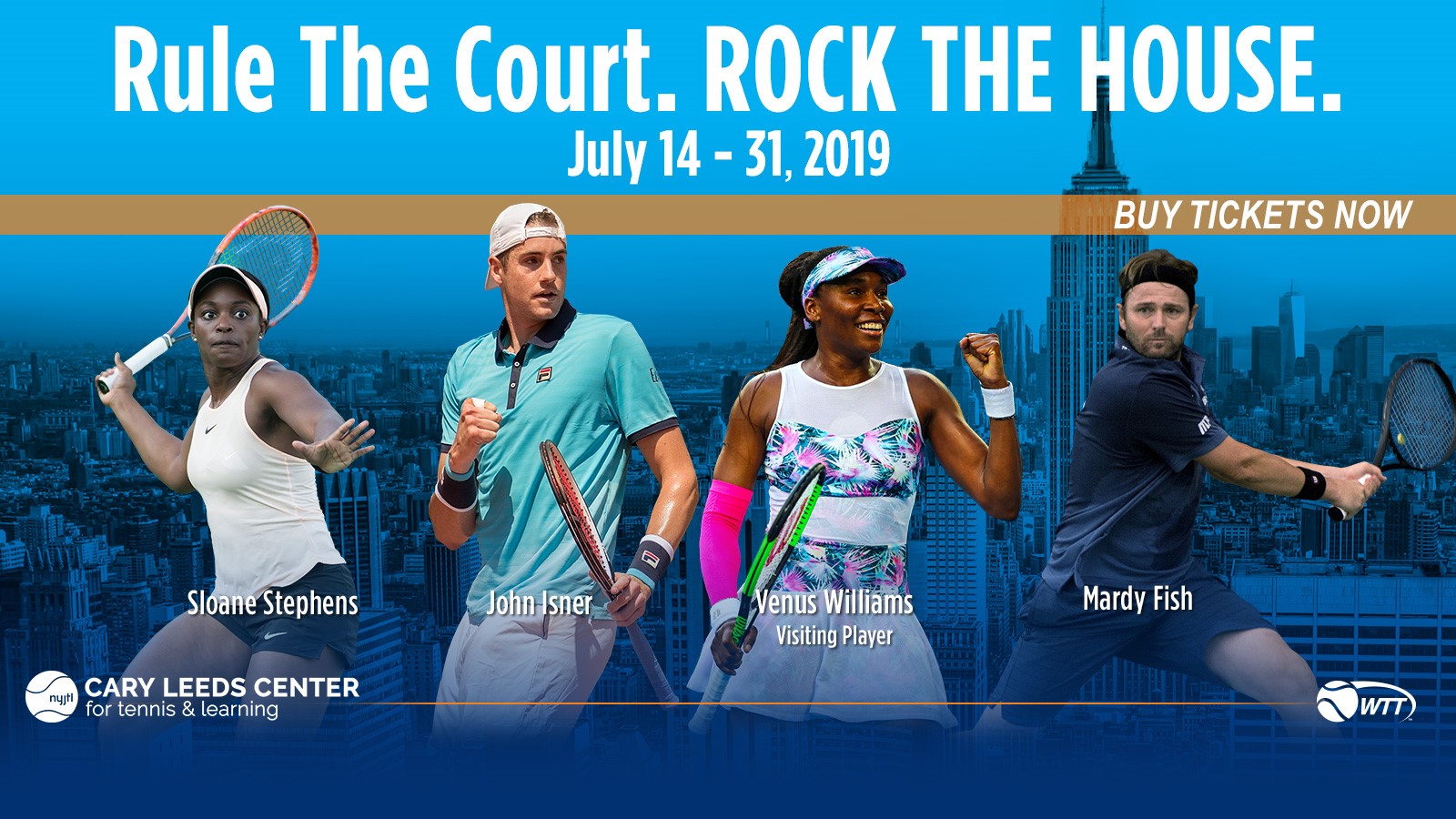 Current World No. 7 to Play on Thursday, July 18

NEW YORK (May 31, 2019) – The New York Empire presented by Citi announced today that 2017 US Open champion Sloane Stephens will play for the team on Thursday, July 18 at Cary Leeds Center for Tennis & Learning when the Empire take on the visiting Orange County (Calif.) Breakers. The match begins at 6:30 p.m. and tickets are on sale now. It’s the first of back-to-back nights of must-see tennis as seven-time Grand Slam winner Venus Williams will play for the Washington Kastles in New York the following night, July 19.

“New York City holds such a special place in my heart after winning the 2017 US Open here,” said Stephens. “I love the unique and exciting format of World TeamTennis and I cannot wait to come back to NYC this summer and help the Empire get a win in front of the hometown fans.”

While still just 19 years old, Stephens rose to prominence at the 2013 Australian Open with a semifinal run highlighted by an upset of then-world No. 3 Serena Williams. She won three WTA titles in the first half of the 2016 season.

A foot injury sidelined Stephens for 11 months after those three wins but she returned from the injury to win her first Grand Slam singles title at the US Open in just her fifth tournament back. The 2017 WTA Comeback Player of the Year entered the 2018 season by winning her first Premier Mandatory title at the Miami Open, reaching a second Grand Slam singles final at the French Open, entering the top 10 for the first time and finishing runner-up at the WTA Finals.

“I could not be more excited to work with Sloane this summer,” said Empire head coach Luke Jensen. “She is one of the best players in the world and her addition to the roster will no doubt put us in a better position to reach our ultimate goal of lifting the King Trophy at the end of the season.”

The Empire last week announced the addition of U.S. Davis Cup team captain Mardy Fish to the franchise’s roster for the upcoming 44th season of World TeamTennis (WTT). Fish, the former top-ranked American on the ATP Tour, will take the court on Monday, July 29 and Tuesday, July 30. The current top-ranked American, John Isner, will open the Empire season on Sunday, July 14.

Prior to the New York Empire’s season-opening match on Sunday, July 14 at the Cary Leeds Center for Tennis & Learning, Empire players including Isner and head coach Luke Jensen will play with and against fans as part of the New York Empire Pro-Am benefiting New York Junior Tennis & Learning. Fans who purchase a minimum of four tickets to the match featuring Isner will receive 50% off of tickets of an equal or lesser value for a second match later in the season, some restrictions will apply.