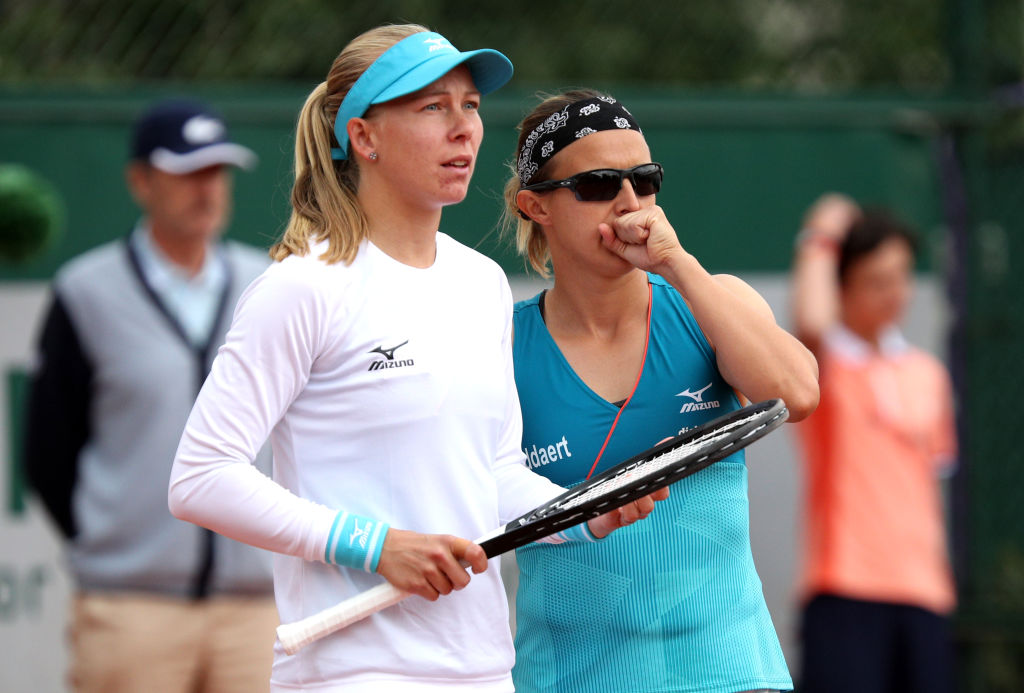 With the New York Empire season just five weeks away, the team converged on the year’s second Grand Slam at the French Open in Paris.

Over the course of the fortnight, breakthroughs were made, but new stories are also set to be written as the summer season begins.

On the court, Empire ace Kirsten Flipkens had a career-best doubles showing in Paris alongside Sweden’s Johanna Larsson.

The Belgian reached her first-ever Grand Slam semifinal in doubles at the French Open before losing to the Chinese team of Duan Ying-ying and Zheng Saisai.

For her efforts, Flipkens soars up the latest edition of the WTA doubles rankings to a career-high World No. 27 in the rankings.

While our Belgian star had a breakthrough, our British stalwart Neal Skupski, who reached the second round in doubles in Paris, is set to embark on the latest chapter of his career.

Skupski will partner with compatriot Jamie Murray on the doubles circuit for the foreseeable future.

He reached four finals with his brother Ken, of the WTT’s Orlando Storm, this season, which included winning the Hungarian Open in Budapest on clay.

Moving forward, however, the 29-year-old will team up with the two-time Grand Slam winner moving forward after Murray split with Bruno Soares.

“Obviously, I had to think about it because… if my brother wasn’t involved then it’s an easy yes, we spoke in depth with my brother, and decided that for me, I couldn’t turn it down,” Skupski told .

“There are a lot of opportunities, and playing with Jamie will help me progress up the rankings. I’ve had my best year so far this year…It’s tough to turn the World No. 6 down, and a multiple Grand Slam winner.”

Their partnership kicks off this week in earnest on grass in the Netherlands, and the duo will no doubt be fan favorites in the year’s third Grand Slam at Wimbledon.