More Than a Game: Empire to Continue Pop-Up Tennis Tour This Summer 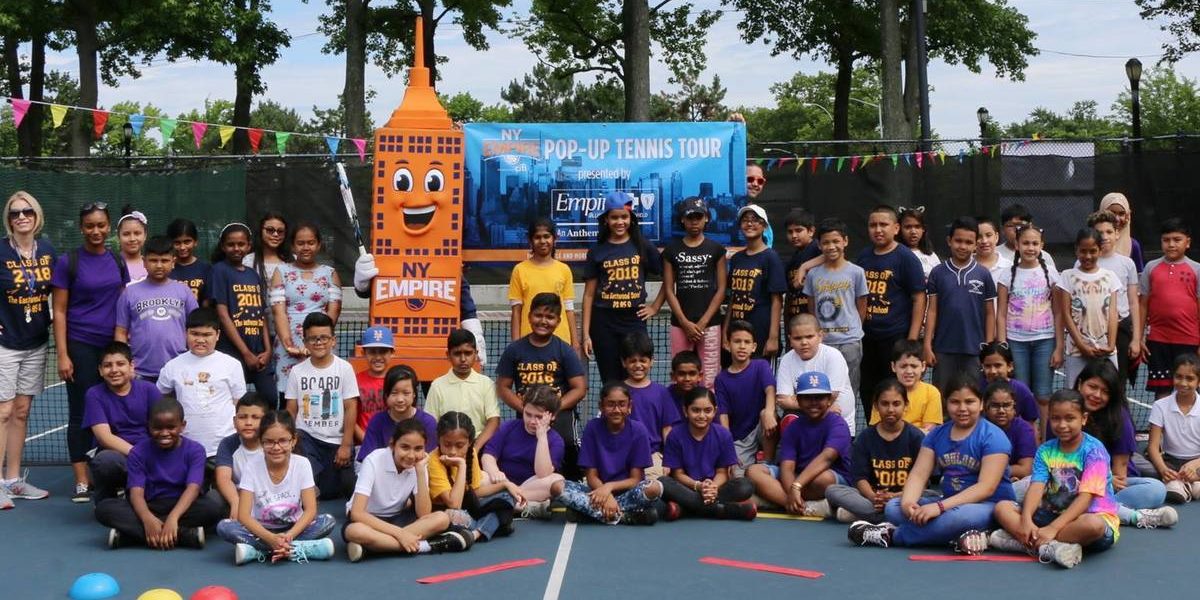 “We had an incredibly successful first year of this partnership with Empire BlueCross BlueShield HealthPlus and are excited to continue bringing this beautiful game to kids in our backyard,” said Michele Cope, General Manager of the New York Empire. “It’s so important for kids of all backgrounds to be introduced to the game and be given the opportunity to learn, and most importantly, to have fun on the courts.”

Empire BlueCross BlueShield, in its second year as a sponsor of the New York Empire, is the co-host of all four youth clinics throughout New York City. On Saturday, June 15, children from different youth organizations including Springfield Park Youth Tennis, Liberty Park Youth Tennis and New York Junior Tennis & Learning (NYJTL) Queens will have a chance to participate in the clinic at Queens College. On Tuesday, June 25, Cary Leeds Center for Tennis & Learning in the Bronx will host youth from NYJTL, a not for profit organization changing lives through tennis, education, healthy living and character development programs.

Members of Harlem Junior Tennis & Education Program (HJTED), a not for profit organization providing inner-city boys and girls with opportunities to learn tennis, will participate in a clinic at Howard Bennett Playground (135th Street between Fifth and Lenox Avenues) on Tuesday, July 2.

Prior to the Empire’s match on Monday, July 29, Cary Leeds Center will host a second clinic where NYJTL participants will learn from head coach Luke Jensen and receive free admission to that night’s match.

Each free clinic, which will include up to 100 children from different youth organizations, will be led by tennis professionals and each participant will receive a Wilson racquet and other giveaways.

The Empire recently announced the addition of 2017 US Open Champion Sloane Stephens and U.S. Davis Cup team captain Mardy Fish to the franchise’s roster for the upcoming 44th season of World TeamTennis (WTT). Stephens will play on Thursday, July 18 and Fish, the former top-ranked American on the ATP Tour, will take the court on Monday, July 29 and Tuesday, July 30. The current top-ranked American, John Isner, will open the Empire season on Sunday, July 14 and Venus Williams will play when the Washington Kastles visit on Friday, July 19.

Prior to the Empire’s season-opening match on Sunday, July 14 at the Cary Leeds Center, Empire players including Isner and head coach Jensen will play with and against fans as part of the New York Empire Pro-Am benefiting NYJTL. Fans who purchase a minimum of four tickets to the match featuring Isner will receive 50% off of tickets of an equal or lesser value for a second match later in the season, some restrictions will apply.