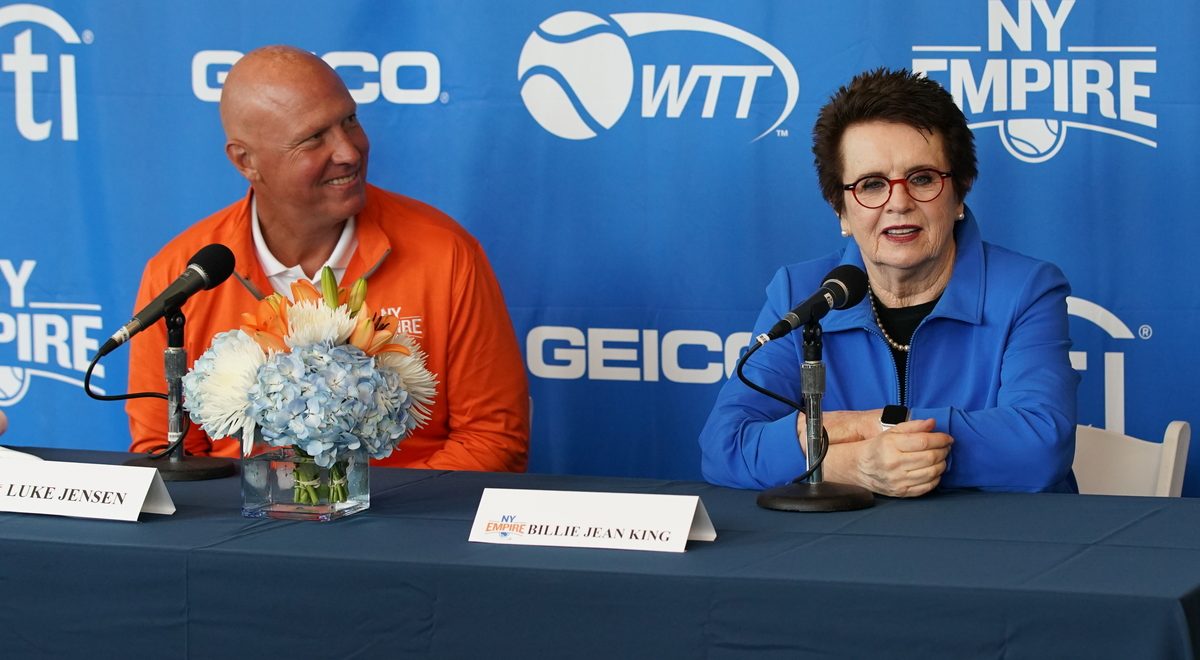 To kick off the 44th season of World TeamTennis (WTT), fans will get to enjoy an action-packed night of live entertainment, delicious food and fun music as Isner takes the court at 5 p.m. for WTT Opening Night, Sunday, July 14.

2017 US Open champion, Sloane Stephens, will not be the only attraction when the Empire host the Orange County Breakers on Thursday, July 18. On Taste of The Bronx Night, fans will be able to soak in the world-class tennis on display while enjoying the local cuisine that makes up the culinary character of the Bronx, specifically those restaurants located on Arthur Avenue.

On Friday, July 19, the team will offer a midseason thank you to its fans featuring giveaways and other special surprises on Fan Appreciation Night, as Venus Williams and the Washington Kastles visit the Bronx. The match has been highlighted by Empire head coach Luke Jensen, as the Kastles are coached by his younger brother, Murphy. The first 500 fans will receive a special giveaway and all attendees will be treated to a fashion show hosted by Williams, showcasing her EleVen by Venus clothing line.

Sunday, July 21 will serve as Family Fun Night, a perfect opportunity to bring the whole family out to Cary Leeds Center to enjoy an afternoon featuring games, face painting, a mini-tennis court and more.

Mardy Fish, former American No. 1, takes the court on Monday, July 29 when the Springfield Lasers visit Cary Leeds Center as part of Bronx Night. The night will feature the sights, sounds, and tastes of the Bronx, as the Empire celebrate its first season in the borough.

The Empire will close out its home schedule on Tuesday, July 30 against the Philadelphia Freedoms with Empower Her Night. For the second year in a row, the Empire will honor women who inspire today’s youth, featuring Billie Jean King and the Women’s Sports Foundation. More than 100 kids will be on-site for a special tennis clinic and to hear from the tennis icon herself, prior to the first serve at 6:30 that evening.

Prior to the Empire’s season-opening match on Sunday, July 14 at the Cary Leeds Center, Empire players including Isner and head coach Jensen will play with and against fans as part of the New York Empire Pro-Am benefiting NYJTL. Fans who purchase a minimum of four tickets to the match featuring Isner will receive 50% off of tickets of an equal or lesser value for a second match later in the season, some restrictions will apply.