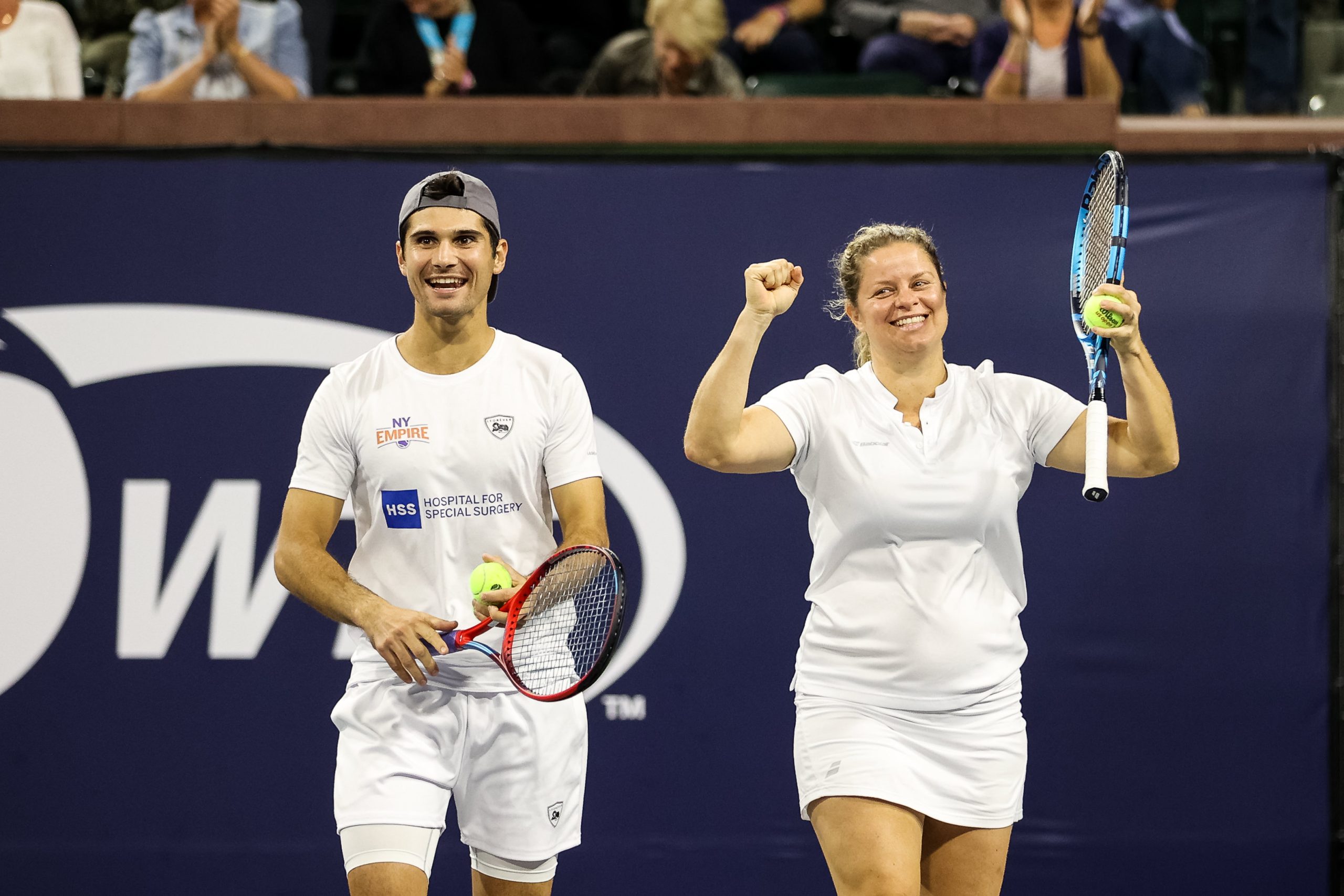 INDIAN WELLS, Calif. – Behind dominating play from Tennis Hall of Famer Kim Clijsters, the New York Empire picked up their first win of the season thanks to a 19-16 victory over the Springfield Lasers by extended play Saturday at the Indian Wells Tennis Garden.

Orange County moved to 5-2 for the first time since the 2016 season with a 25-14 victory over the Chicago Smash.

After Springfiel’s Mackenzie McDonald, 2016 NCAA singles and doubles champion, defeated his former UCLA teammate Marcos Giron in men’s singles, Clijsters came up with a 5-0 win in women’s singles to give the Empire an early 7-5 advantage. Clijsters followed that performance up with another bagel in women’s doubles with fellow Belgian Kirsten Flipkens that allowed the Empire to carry their lead heading into the final set.

Victories in women’s doubles, mixed doubles and men’s singles allowed the Orange County Breakers to take a commanding 15-7 lead heading into the final two sets. Steve Johnson and Austin Krajicek, who were doubles finalists at the ATP Masters 1000 in Cincinnati in August, came up with the win in men’s doubles before 2019 French Open semifinalist Amanda Anisimova finished it off in women’s singles to give the Breakers a convincing win.

The second rematch of the 2020 WTT Finals takes place Sunday at 3 p.m., where the defending champion New York Empire looks to build off Saturday’s momentum against 2017 US Open champion Sloane Stephens and the Chicago Smash. A pair of teams with a 4-2 record look to keep their spot on top of the WTT standings in the second match at 6 p.m., with the Springfield Lasers taking on the San Diego Aviators.